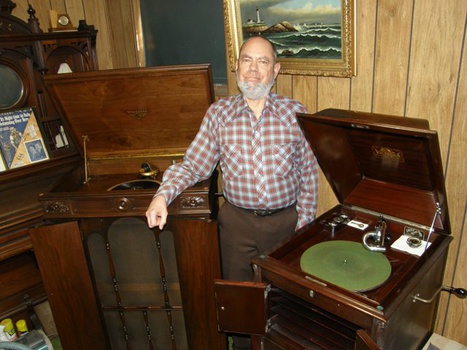 The Credenza has a rebuilt pot metal soundbox in great condition and is an early 4 door model with the turntable in the center of the cabinet and the name "Credenza" on the metal identification plate. When the turntable was moved to the right, the designation changed to VV 8-30 so this shows this example to be an early model.
The Victrola XI or Victrola The Eleventh was one of the most popular machines Victor ever made with an estimated total of over 800,000 floor models produced. This example has the original thin taper tube or arm and the Exhibition soundbox. That's a 1903 Mason & Hamlin Parlor Organ in the background! 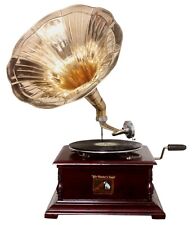 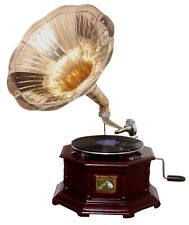 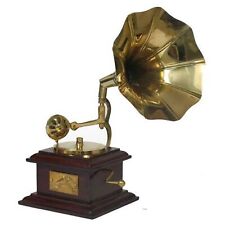 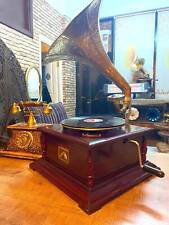