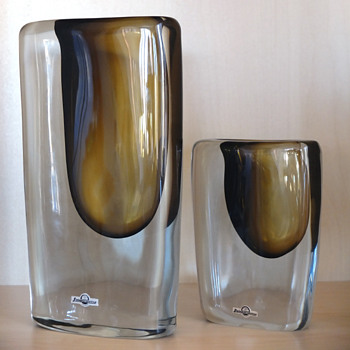 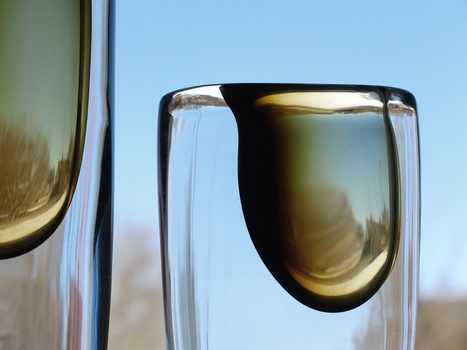 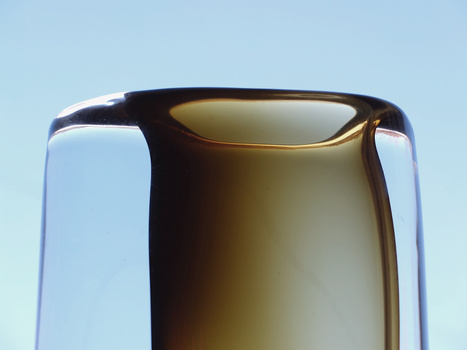 I have seen these special vases in so called "Sommerso" technique, and with the assymetric air bulb, been attributed to Antonio da Ros - Murano. He drawed for sure similar models about 1960 and forwards, but these are not from Murano. They are from Strombergshyttan - Sweden, and of earlier date. In the bottom you can se the description "Strombergshyttan 1956 GN". GN stands for Gunnar Nylund, artistic leader for Strombergshyttan 1954 - 1967 and later as freelance.

Nylund designed several models like these with assymetric air bulb. They were produced in different sizes and both in clear Stromberg crystal and with colored underlay. His Shark Tooth vases are perhaps better known than these rectangular pieces. I think the golden yellow x 73 underlay color was one of the most frequently used.