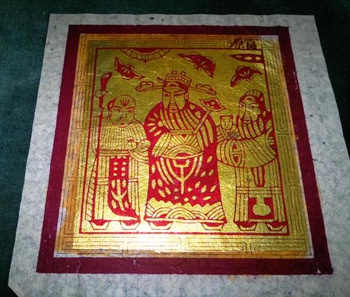 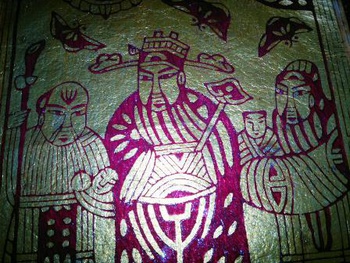 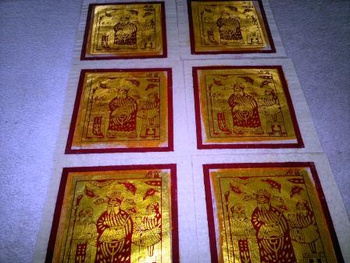 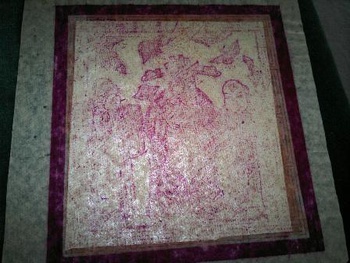 Chinese Burning paper, hand blocked and hand brushed in Taiwan
The traditional gold paper is an ancient token used by the Chinese. it is burned at home or temple to show appreciation to the Gods for protection and favors granted. It is also considered a kind of currency used in that other world inhabited by the Gods.
The entire picture represents the old Chinese concept of the best life on earth. Namely : Great wealth, long life, and a large family of many descendants.
1. A God Of Longevity
2. A Chinese Official Representing Wealth
3. Prolific Old Gentleman