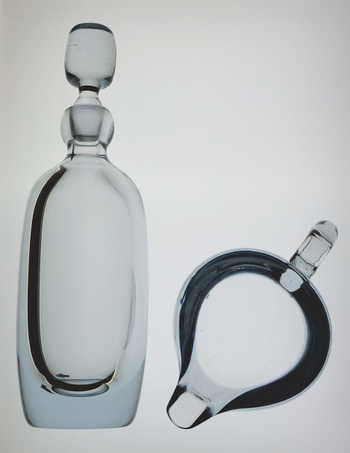 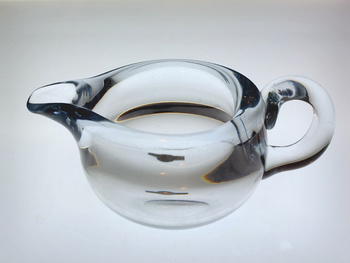 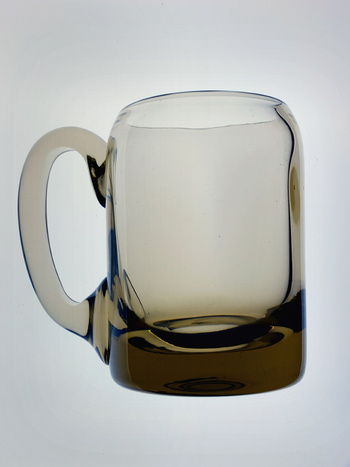 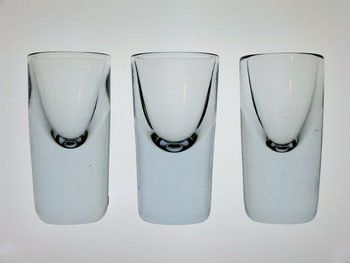 I look in the Stromberg catalog for year 1977. Orrefors is the new owner, but Gerda Strombergs design from 1930s are still going strong! These products from 1930s (except for the cream jug) are still in production 1977. One can only admire her successful design work for Strombergshyttan. It is absolutely amazing.