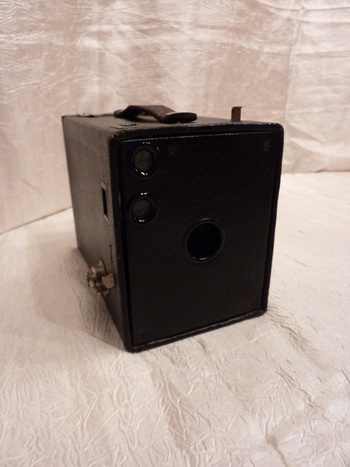 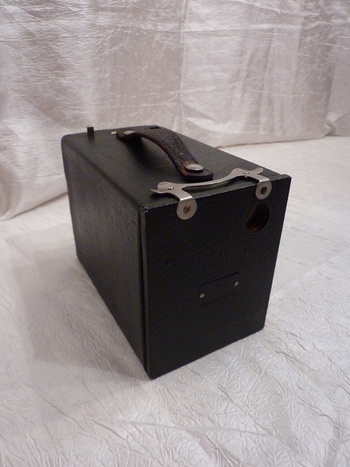 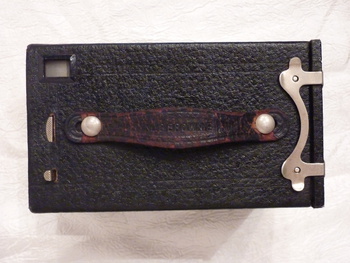 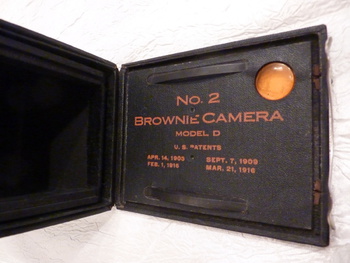 Brownie No.2 Model D was produced from 1914 to 1919 by Kodak Eastman(in 1919 Model E was introduced). This particular camera is from 1917 to 1919 because of the back spring latch style and name plate style (which was only offered in those years). These little nifty wooden box cameras were leather wrapped and had a rotary shutter along with 3 aperture stops on a pull out strip located on the right side of the camera. Used 120 roll film. 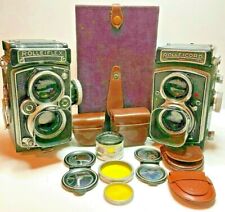 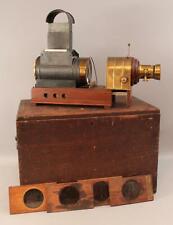 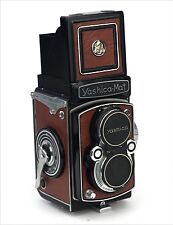