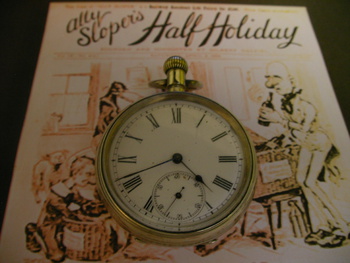 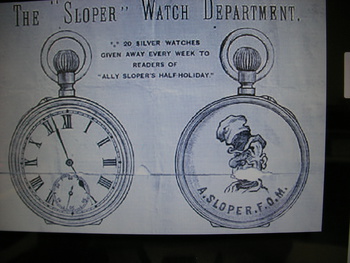 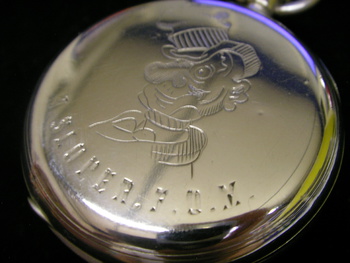 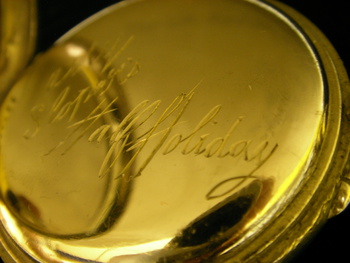 Alexander "Ally" Sloper, F.O.M. (Friend of Man) made his debut in the August 14, 1867 issue of Judy magazine. He was created by Charles H. Ross. In Victorian slang, an "alley sloper" was someone who snuck out the back door and went "sloping" down the alley when the landlord came for the rent. He was also drunken, lecherous, inattentive to his family, scheming, and not very bright.

Sloper continued as a regular character in Judy for years, and became quite well known to the British public. Judy's publisher, Gilbert Dalziel. launched a new weekly, Ally Sloper's Half Holiday, with a cover date of May 3, 1884. Sloper became the first comics character to get his own magazine.

This pocket watch, dated probably in the late 1880's, has an unsigned Swiss movement and was awarded to readers of the 'Half Holiday' as a competition prize. This is the earliest example of novelty comic character timepiece I have come across. Hope you enjoy the pictures!