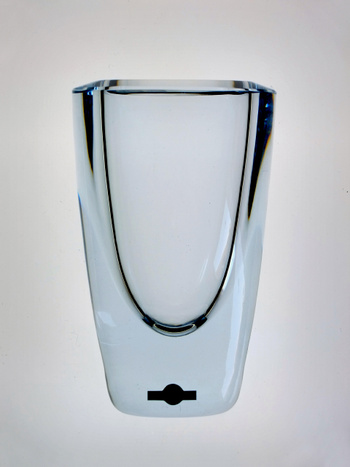 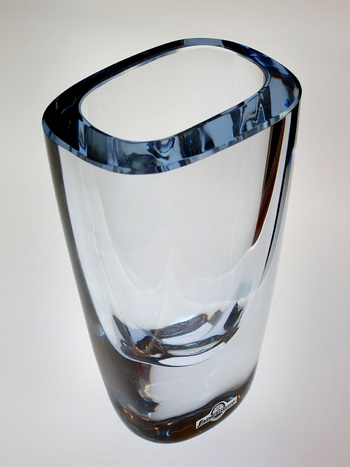 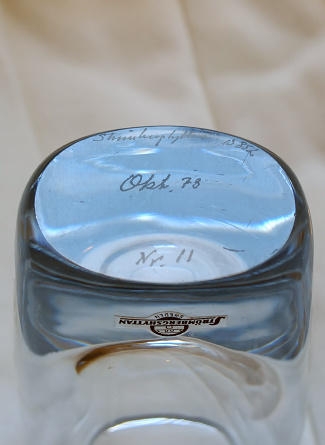 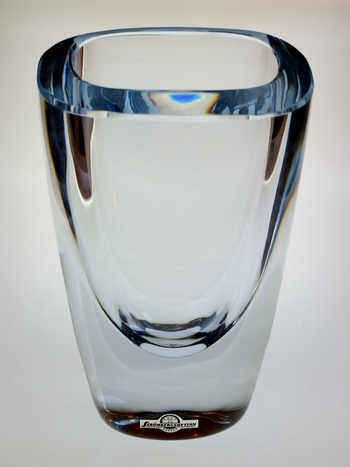 Asta Strombergs B 852 from 1950s has become a classic, like Gerda Strombergs B 316 from the 1930s. Both in the same clean and timeless design. Gerda Stromberg designed not much new glass after her husband's death in 1946. She moved from Strombergsyttan to Vaxjo and became a mentor for her daughter in law, Asta. A catalog from 1954 contains information about designers, defined by foreman Sven-Erik "Putte" Bergqvist, and on basis on these you can see that Asta Stromberg began designing glass perhaps as early as in the late 1940s for Strombergshyttan. Before Gunnar Nylund was hired as a designer about 1952. Astas glass was largely inspired by Gerda Stromberg and some of Gerda's models got renewed forms by her.

The factory in Strombergshyttan burned down summer 1973. But through a heroic effort by the workers at the mill, they managed to quickly rebuild and restart the production officially from the beginning of November the same year. This vase B852 by Asta Stromberg is signed "Strombergshyttan B 852 Okt. 73 Nr. 11". It is from the first test melt after rebuilding the factory, and the eleventh glass piece produced, especially signed in a first series. Asta Stromberg and her employees felt pride in having successfully started production so quickly.