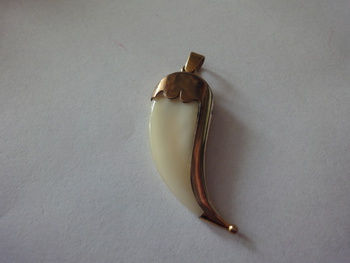 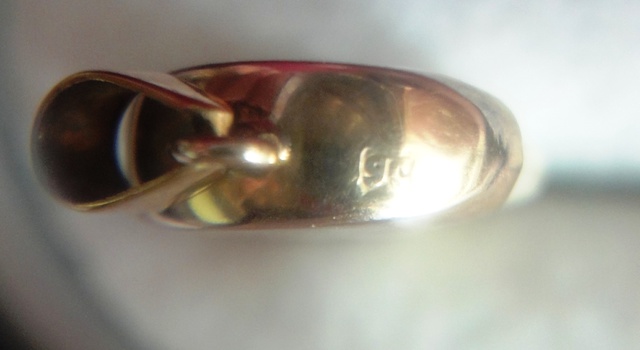 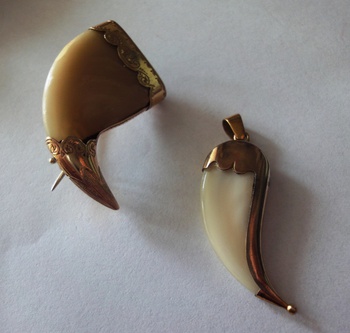 A tiger's claws or teeth are such kind of adornments that has been worn for centuries because teeth and claws of animals have been believed to possess strong amuletic powers. Though it should be noticed that not of any animal, say a mouse or a rabbit, but only of scary wild beasts like tiger, bear, leopard, wolf. Such amulets appear in the adornment of many cultures.
Mounted in gold or silver, a bear's tooth or a tiger's claw is believed to magically increase the physical strength of the wearer. In some countries it is said that a bear-claw amulet will also help a woman during childbirth. In other countries, a wolf's tooth attached to a baby's body will protect the child from fear and from toothache. In China (and from there it spread to casino cities) a tiger's claw or tooth mounted in gold is said to bring luck to gamblers. In China the tiger is referred to as "the gambler's god".
Although it is not my favourite kind of jewelry I believe that this type of jewelry belong in a collection of antique jewelry. That's why I have this pendant and the earlier published brooch (link: http://www.collectorsweekly.com/stories/75474-rose-gold-decorated-antique-tiger-claw-b ) as you can see on photo number 4.