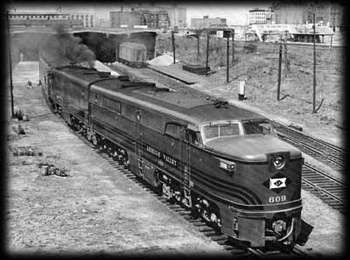 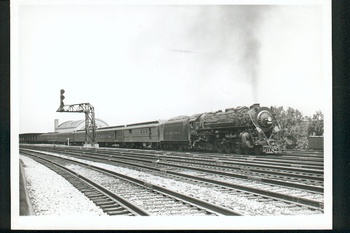 First is an ALCO PA1 Diesel built by for the Lehigh Valley's passenger service. This train is the famous Black Diamond, seen leaving Buffalo for New York City. This photo was taken by John Prophet in the early 50s.

Next is presented an ALCO PF1 built for the New York Central's freight service. This is a builder's card from ALCO.

Then is seen a New York Central Hudson type steam locomotive by ALCO at South Bend, Indiana. And lastly we see another Hudson, also an ALCO product, but in it's streamliner shell.

All of these were wonderfully designed engines. The steam engines were more powerful, but the Diesels were more economical.