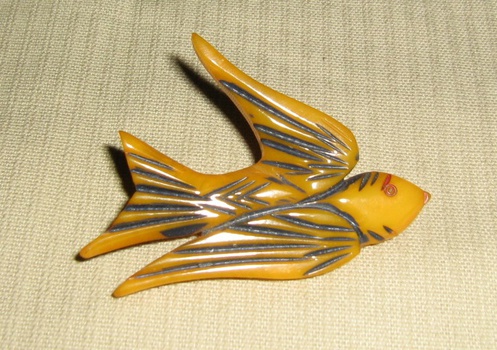 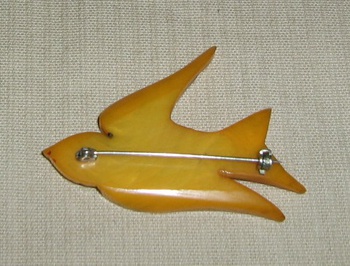 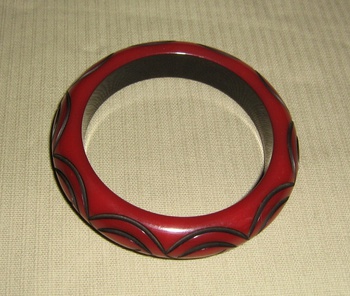 butterscotch bakelite: 2.5"x1.75". I usually don't purchase painted items like this because in the 80's many items claimed to be but weren't bakelite. See picture 3 example.

Why were some bakelite grooves painted in? I don't think it adds to the design. Maybe that was a later feature from 50's and beyond. Recently on ebay have seen some bracelets very similar to the one above in #3 which I purchased at Buffums in 1992.