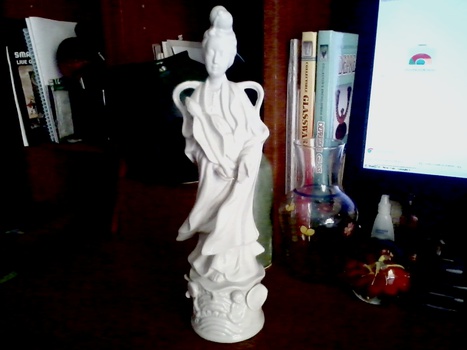 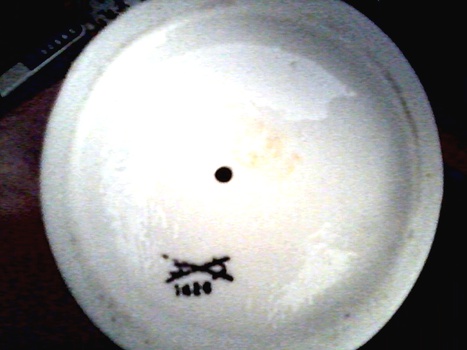 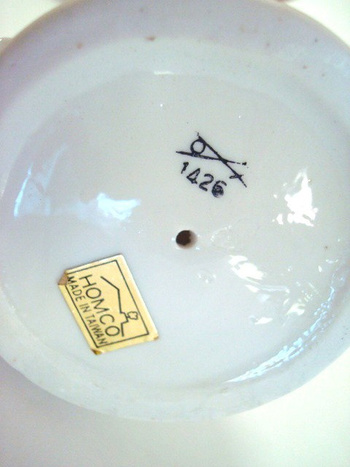 Well even though it's not real authentic " blanc de chine" it still is pretty and damage free. A nice mid-century decorator figurine of "Kwan Yin" goddess of mercy, imported from Asia by Homco . Home Interiors and Gifts Inc. 1957- 2008. A company founded by Mary C. Crowley and her son Don, similar in structure to Mary Kay, Amway, or Avon. Their peak was in the 60's and 70's when this figure was made with sales of 400 million. Mine is missing the label but the glue is there along with the bogus Meissen crossed swords which they stopped using by the 80's. They sell anywhere from $ 25.00 to $80.00 dollars on ebay and other sites. Not too bad for a seven dollar investment. -Mike-