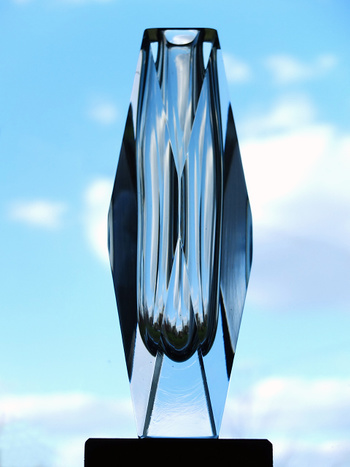 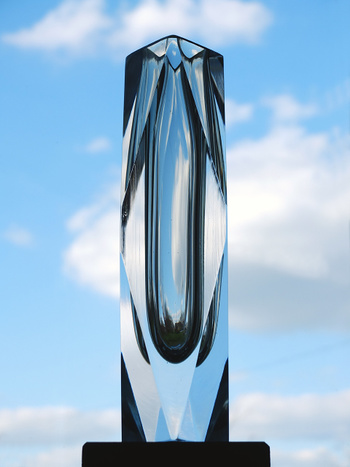 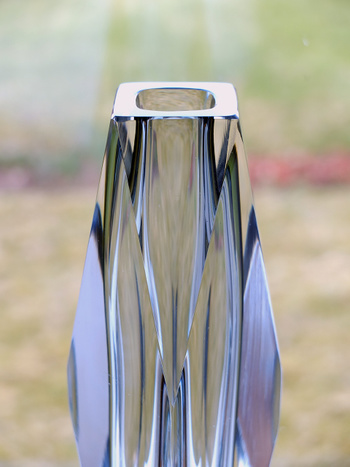 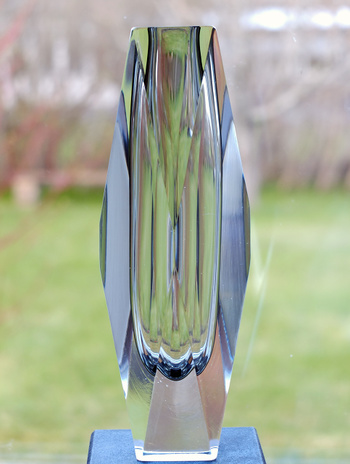 This unusual square prism vase differ from Asta Strombergs hexagonal prism (diamond) vases from late 1950s. It's probably an early Gunnar Nylund design because there is a sketch of such a square prism vase preserved, which is signed "GN - SH -54". Not exactly the same but the square type and with the same basic shape and slightly wider. And there is probably no doubt about that Asta Stromberg was inspired by this basic form of Gunnar Nylund, when she later designed the more common hexagonal diamond prism vases for Strombergshyttan.

It probably exaggerating if we say that the shape is stolen from Nylund, for it is a lot more complicated grinding (and more brainwork behind) on the hexagonal diamond vases, than this more simple model. But inspired by it is not too much to say. I have also seen these prism models from Italian Murano. Who came first I do not know, or if anyone seen the other models and mimics the design? This square prism shape is however dated on a sketch by Gunnar Nylund from 1954.