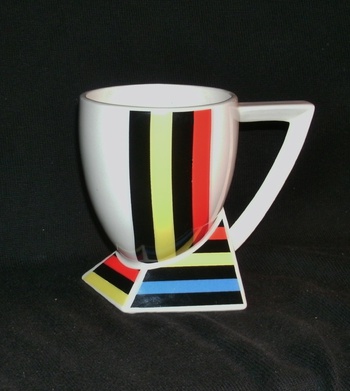 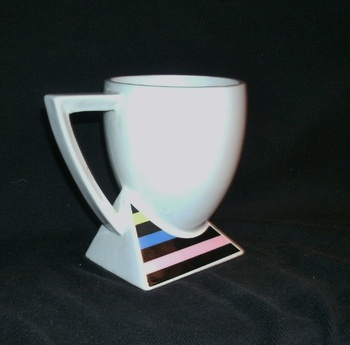 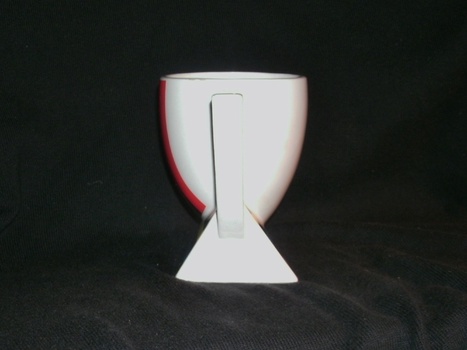 This is one in a set of four

Fujimori was born in Japan in 1935, graduated college in 1956, where he majored in oil painting and design. Aged just 19 he won the National Art Award, later followed by a string of awards throughout the late 70's and early 80's including the Grand Prix at the Nitten Exhibition (totally major Japanese art organisation) in 1980.

After working in Chicago as a ceramics designer, he returned to Japan in 1963 where he became a freelance designer for companies in Nogoya.

As the Art Director for Kato Kogei Ceramics, a major supplier of fine ceramics to the international market, Fujimori oversaw the design and distribution of his signature line.