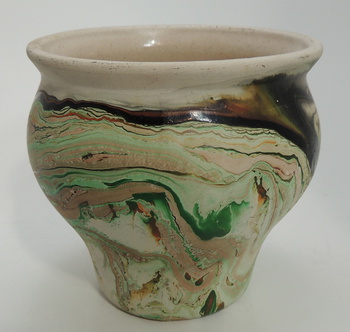 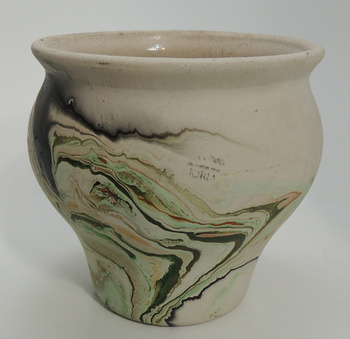 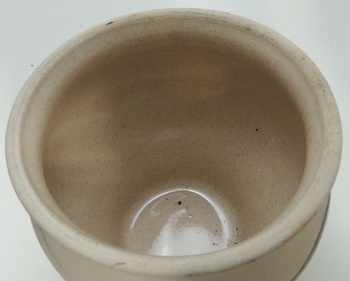 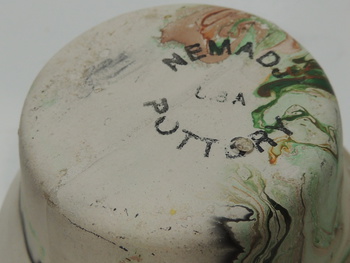 Patience and persistance paid off today. I found a couple very nice little items. Although they may not be very valuable, I still really like them. The first is this small pot I found. Unglazed outside and glazed inside.

"Nemadji Pottery has been produced at the gateway of Minnesota's Arrowhead Region since 1923. The plant was first founded in the City of Moose Lake, which is at the crossroads of Minnesota state highway 73 and Interstate-35.

Nemadji Tile first graced the floors of many churches, and businesses and the homes of America's most wealthy. The less expensive pottery was produced as a tourist item during the Great Depression. It was sold primarily in the west and in the northeast as "Indian" Pottery.

The only connection to Minnesota's Ojibway Tribe is the Name, Nemadji, which roughly translates as"Lefthand." While never produced by Indians, the pottery was promoted as being reminiscent of ancient indian pottery--overtime, it became known as Indian Pottery.

The Pottery was first made using the rich clays taken from the banks of the Nemadji River. The special painting technique used to give the pottery its unique look was developed in 1929 by Eric Hellman. The Nemadji plant was moved to Kettle River in 1972-73. The new owner updated the plant and made significant changes to the pottery. The plant was sold again in 1980. Within a year, the new owner closed down the tile making end of business. Production of Nemadji pottery ended in the winter of 2001-2002."