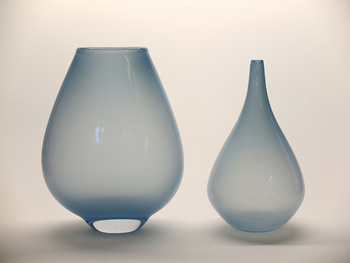 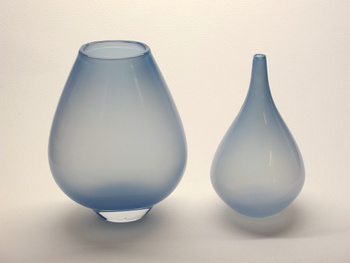 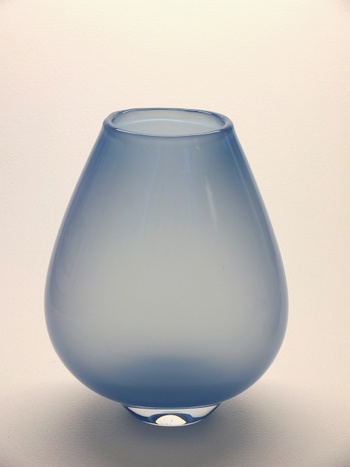 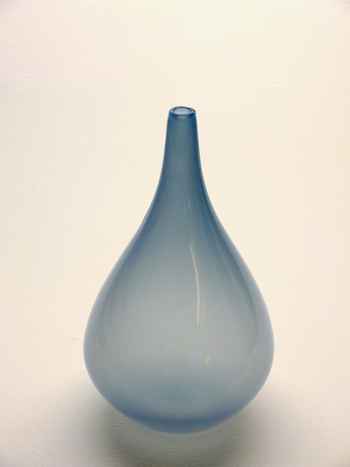 These two vases by Gunnar Nylund, is probably quite rare. I have anyway never seen the models until I came across them recently. They are marked with model numbers and color code. The light blue color is in an underlay. The vases are hand blown and then finally got their mouths cutted and manually "droven" out with multiple inwarmings. So they are completely finished by the masterblower (only the pontil marks cut away as after work).

The shape and color I think is very clean and stylish in these three vases. Gunnar Nylund is best known as designer of ceramics, among others for Rorstrand. But I think his glass holds at least the same artistic quality. Many of his models for Strombergshyttan is quite unknown to most people (even myself), and many of them are probably produced in very small series (perhaps only for a short period). The more one researches Nylunds time at Strombergshyttan, and the more models you explore , the more amazed you become over his varied production. I think Gunnar Nylund deserves greater recognition as a glass designer than he has so far received.