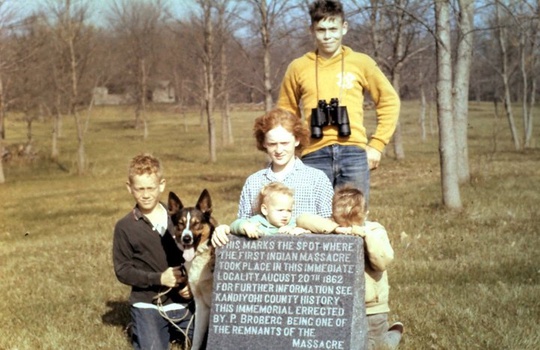 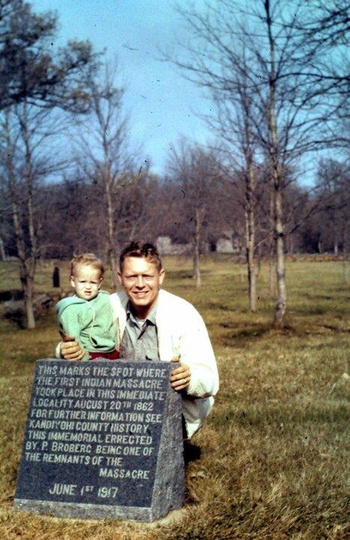 A marker erected in Kandiyohi, Minnesota commemorating the spot of the Sioux Uprising in 1862 and the people that died. Most of those killed on this spot were relatives of mine. It was erected by the lone surviving family member in 1917. He is the oldest son mentioned below. The following is a brief history of some of those that died:

Broberg, Anders Peter: born in Algustorp, Sweden 16 Sept 1819; emigrated to America in 1861 locating in Sec 1. His wife was Christina Nelsdotter, born in Sköfde parish, 31 Aug 1826. Children: Anna Stina, 25 July 1846; Johannes born 23 Jan 1849; Andreas born 27 Jan 1852; Christina born 31 may 1855. All the members of this family but one were killed by the Indians in the massacre of 20 Aug 1862. The only survivor was the oldest daughter, Anna Stina. She married John Peterson of West Lake, is now a widow and lives with her children at St. Hilaire, Minnesota.