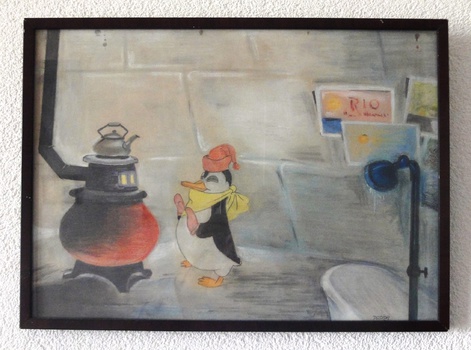 This chalk drawing is for me another dear memory. Made special for me in the year 1945 I was born by my deceased father (1992). Also the year in which our country is liberated from German domination of the brave British and American soldiers. My parents told that I slept like babies in diapers that my parents were of American soldiers. They were in our country because they freed us from the German ruler. In our house lived that time American and British soldiers. Many heroes which we are still very gratefull to this day!