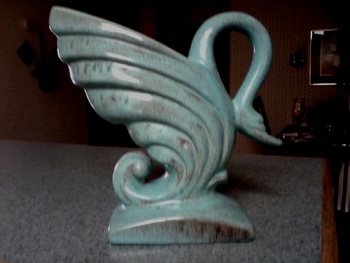 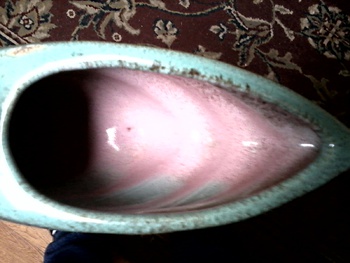 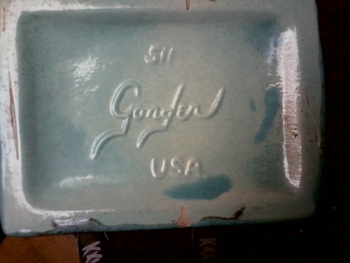 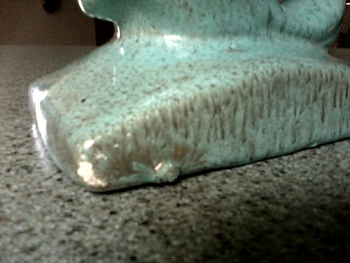 This was my splurge for the day. It cost a lot more than I spend but I had to have it. Found it at the "Volunteer's of America "after yesterdays half price madness was over. The have more space so out comes the new stuff. It's made by Gonder Ceramic Arts Inc. I had never heard of this company. They were in Zanesville Ohio and apparently not for very long either, 1941-1957. The finish is a satin sort of speckled turquoise color. The interior is finished in a rosy pink .It has two chips in the glaze. One on the top near the rim and the other on the bottom corner next to a big bubble in the glaze. Double whammy...lol. What a day! Two great pieces ! -Mike-

A bit of info from Etsy,
Gonder Ceramic Arts Inc. was founded in 1941 by Lawton Gonder in Zanesville, Ohio, which was home to several other pottery manufacturers including Roseville. The pottery factory closed in 1957