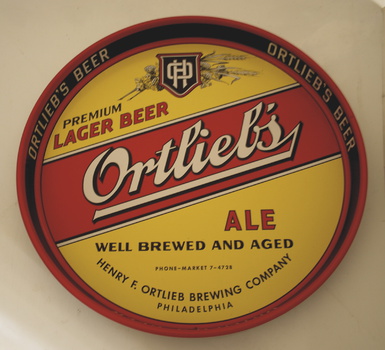 I obtained this flawless beauty at a yard sale for a "mere bag of shells"...6$.

Ortlieb is another local brewery that was lost in the wake of the mega brewers flexing their muscles. Located in Philadelphia, Ortlieb survived no later than the 1970s, joining its fallen brothers such as Schmidt's, Hornung, and other Quaker City brewers into Beer Heaven.