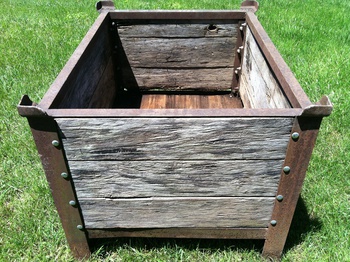 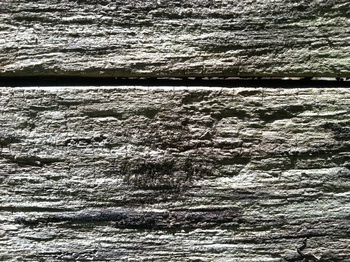 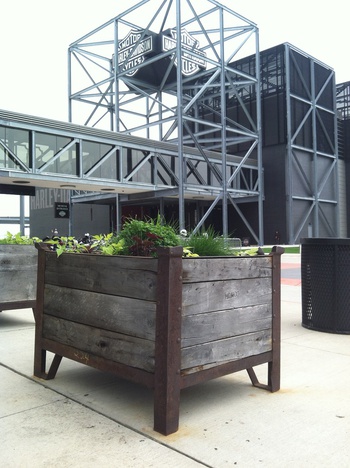 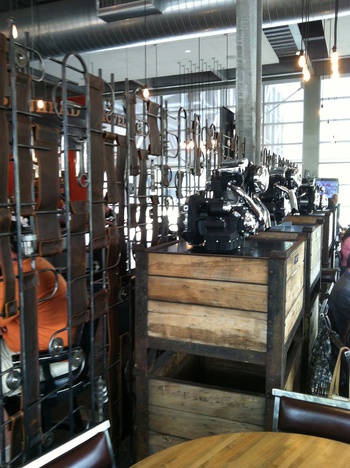 So I was visiting the Harley Davidson Museum today and while walking outside the entrance I noticed these heavy duty industrial factory railroad crates being used as planters. They quickly caught my attention as I was given a similar crate about three years ago. I had no idea what the crate was till today.
The person that gave me the crate said it was picked up from a railroad accident site that happened many years ago in Milwaukee. Some old lumber and damaged wooden boxes were left to rot in the outside elements for many years beside the railroad tracks in his property. This crate he gave me was picked up about 25 years ago and moved closer to his building. I decided to use it as a compost box for my wife's new veg. garden as it was in poor shape. The wood crate condition as pictured had most of the original bolts that rusted away were barley holding the wooden slats secured. I replaced them with new zinc plated carriage bolts. The wooden bottom had rotted away years ago and was told a small brush was growing through it before being relocated.
When I arrived home from the HD museum today, I went out back to look at my railroad crate for similarities. What I found was that its the same dimensions and to my surprise even had the same H.D.M.CO letters stamped on the same side slats as the carts located at the HD museum . My HD stamp is weathered and worn but you can still make out the impression. The black painted stenciled lettering " Property of HARLEY - DAVIDSON MOTOR CO." has long faded away on mine. When I first brought the crate home, I had seen the stamped ".CO"marked before but I had no idea what it read. It's very heavy and well constructed and I assumed it was built in the late 60's. Little did I know it was over 100 years old.
I was able to find out while at the HD museum that these older carts became in use around 1908-1909. Mine has the older H.D.M.CO style stamp, so its one of the first crates that were used. They soon later switched to a smaller lettering " H.D.M.Co" stamp after. Guess that story of the old railroad accident was hauling HD parts and was true after all.