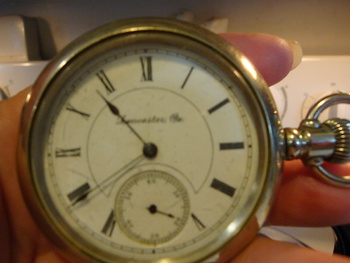 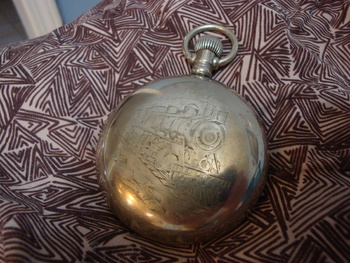 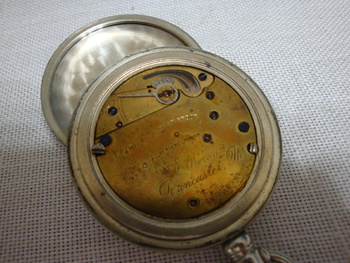 I don't remember much about my dad's uncle Jess, because I was just a kid when he died. One thing I'll always remember was this pocket watch he had that had a train on the back. When Uncle Jess died, my dad said there was one thing he wanted of Uncle Jess's... his old pocket watch. So he went to the estate auction and bought it. Well my dad passed over 30 years ago, and that pocket watch has been in the lock box ever since. I would really like to find out something about the history of it, and I've been going to eBay and this site hoping to find one that looks like it, but so far haven't seen one that matches.

It is silver. The winding knob is on the side. The numbers are Roman numerals. I think it must be very old because the face of the watch says Lancaster, Pa instead of Hamilton. Inside the front case is the number 9663, and inside the back is the number 849063. Philadelphia Case Co. On the watch work is 111662 Pat. dust proof, Patient Pinion, Elberon, Lancaster, Pa. And yes, it still works. I would guess that it was made before Hamilton became the watch company.

Can any of you tell me the age about this watch or it's history? I'd love to know. I'm almost 70 now, and I'd like to put the history with the watch for future generations. 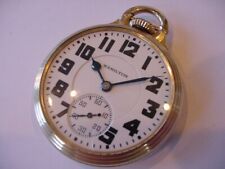 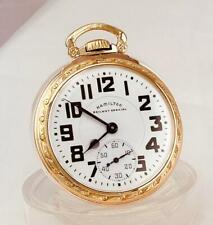 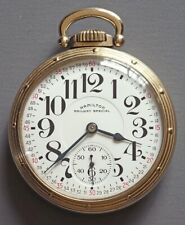 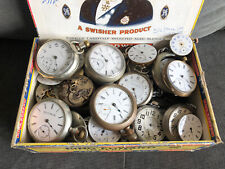