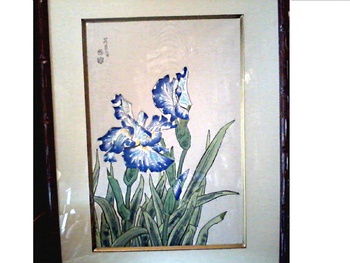 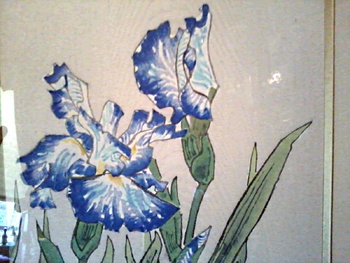 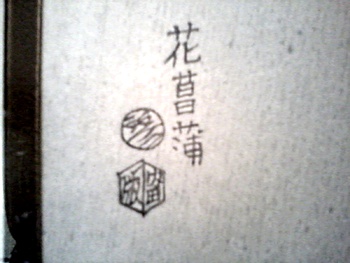 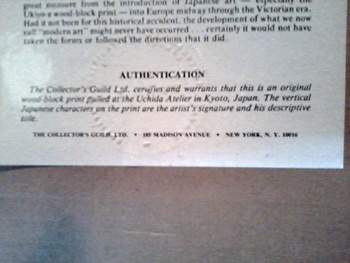 Found this along with the ruffle bowl so I thought I'd better grab it at half price. When it rains it pours goodies ! There was one exactly like this on Worthpoint's website that sold but I don't know for how much. Not paying their insane subscription fee to find out either. This one has had it's original glass replaced with plexiglass and it was obviously opened but not damaged. Very nice bright colors with the artist signature and title in the upper left hand corner. -Mike-

Born in Osaka in 1906, Kotozuka Eiichi graduated at the Kyoto City Specialist School of Painting in 1930. His first woodblock prints were published by the Shun'yôkai from 1932. He joined the Nihon Hanga Kyôkai in 1938.
After WWII he worked mainly for the two big Kyoto publishers, Uchida and Unsôdô. He often collaborated with Tokuriki Tomikichirô and with Kamei Tôbei on many projects and series of prints.