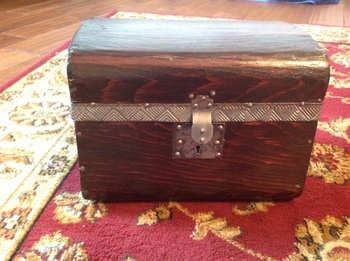 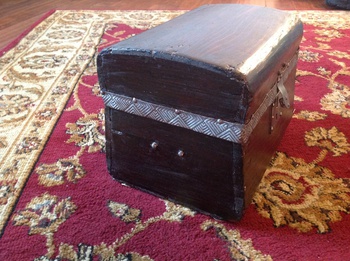 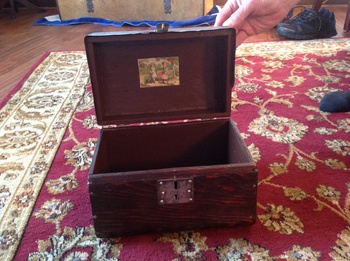 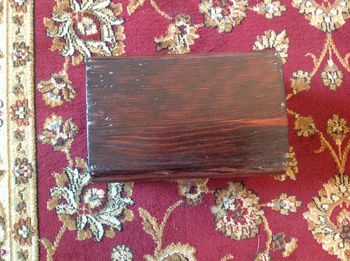 I bought this trunk at a local yard sale for $5. The lady didn't know what it was. She had left it outside all night and it had dew all over it. I wanted to scream when I saw it sitting there and then again when she told me how much she wanted for it. It had Victrola needles on the inside of it that she was selling. I think she thought that people would only be interested in the needles and not the little "box" that they were in. It had a thick coating of black paint on top of silver paint on the outside. Someone had painted over the paper that had covered it. On the inside it was painted bright red. The metal band on the outside was painted gold. A lot of hard work later this is the final result. I painted it a darker color because the old paint had stained the wood and I couldn't get it all out. It is dated on the front with a patent of Sept '69 for the hasp and Mar '69 for the lock. It has small brass feet on the bottom. I have never seen a metal band like this one with the zig zag lines.