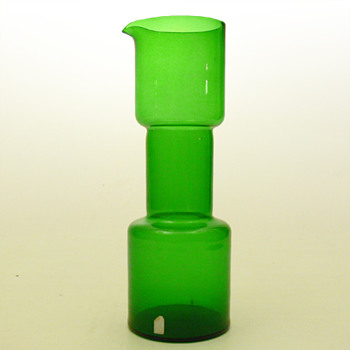 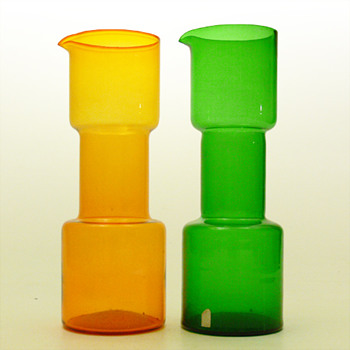 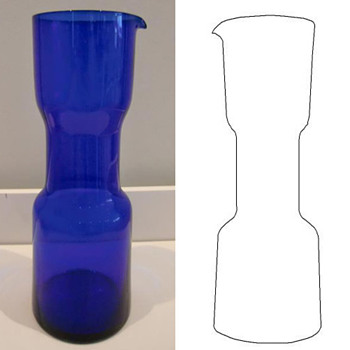 When I first presented my yellow jug as Gullaskruf (what I thought I had bought) many came to tell it was a Ryd jug, but I had seen the Ryd model before and didn't agree with it... people presented pics of jugs with the Ryd label but I was sure it wasn't the same model. Months later I found the answer srfing the net: a labeled early Aseda design, most probably by Bo Borgström, that fitted exactly with the shape of my yellow jug! A couple of weeks later I found the Ryd one on auction and got it. And here you can see te wor of tem together... they're almost identical twins!

BUT... I am sure there is another Ryd jug with an almost identical design except for having more curvy lines. I trust I'll get it sometime.

PD: I have seen an Aseda jug in blue at the current Aseda exhibition with the very same glasses I've got. So there is no doubt: the yellow jug is Aseda.