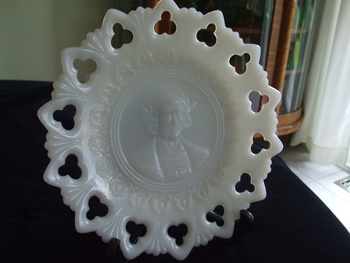 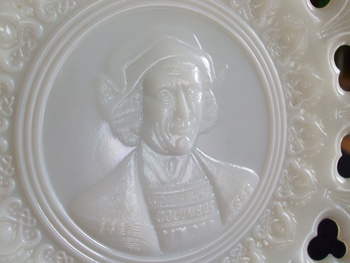 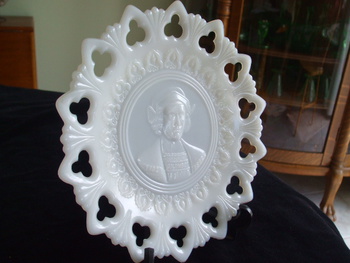 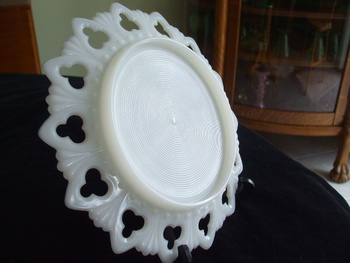 I am uploading these photos of this 1892 CHRISTOPHER COLUMBUS Commemorative Plate (400th Anniversary of The Discovery of America) so that his full image can be seen. It apparently is not his real image but it is one that has been accepted as (close enough) from descriptions at the time when he lived. It was made in Milk Glass and Blue Glass in 1892 by U.S.Glass Manufacturers (possibly U.S.Glass) It measures almost 10" in diameter. RER (BOB)