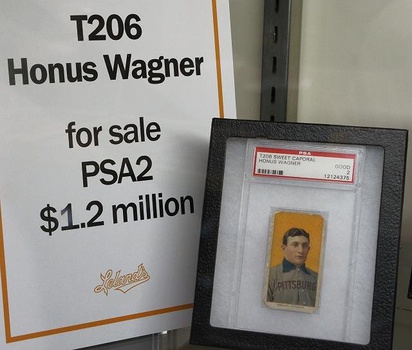 As mentioned in a previous CW post, in early August (2013) my son and I attended the National Sports Card Convention in Chicago. On the last day, I saw what is considered the holy grail of baseball cards to the collecting cognoscenti - an original T206 of Honus Wagner.

While baseball might not be the 'national pastime' these days, baseball cards are still the rage and, as you can see, there are some well heeled collectors who can afford this sort of thing. Ironically, this isn't even the highest valued Wagner card.

Anyhow, it's the first time I've seen one in real life and it's actually kind of cool. Hmmm ... I seemed to have left my cash in my other pants. :) 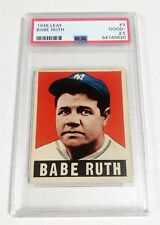