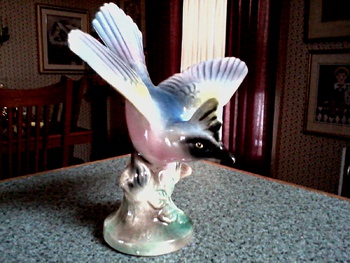 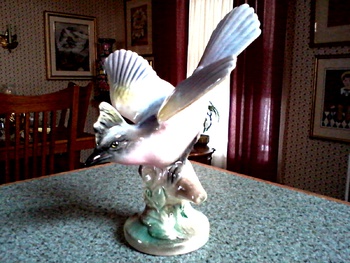 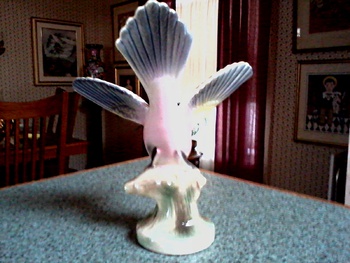 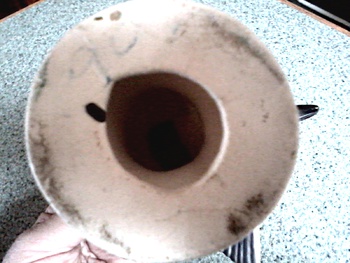 Picked this up at Volunteers of America this morning for less than a dollar. I'm pretty sure it's Royal Copley even though it's not marked. Not sure what type of bird it's supposed to be though. I don't recall any pink and grey birds with crests. He's 7" tall at the tip of his tail with a 6" wing span. No damage except the tiniest little nick under one wing. You can feel it more than see it. A nice little piece with sort of an iridescent glow to the glaze . -Mike-