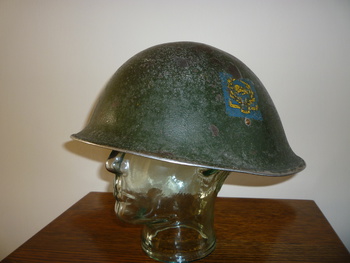 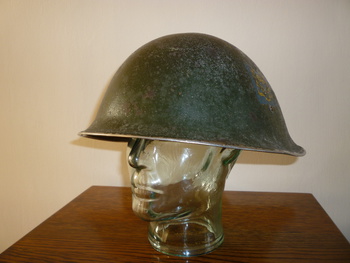 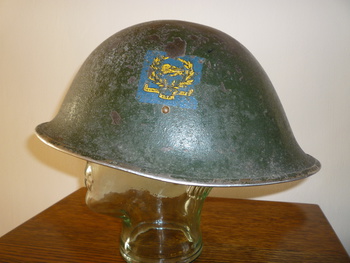 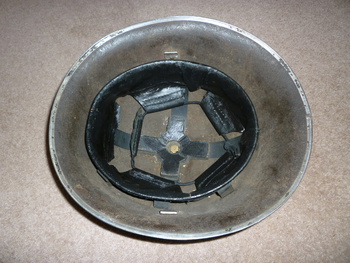 British WWII King's Own Royal Border Regiment steel helmet. Late WWII steel helmet, which was used after WWII, the decal on the side being issued in the 1950's.