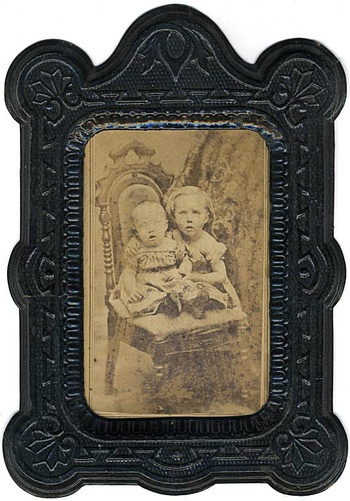 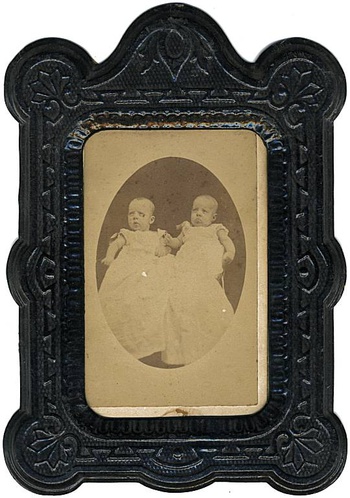 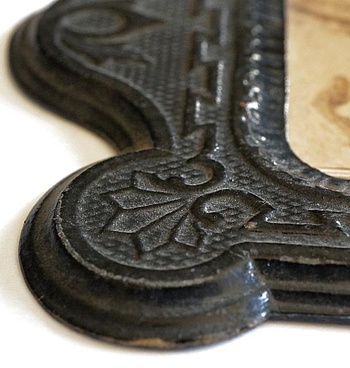 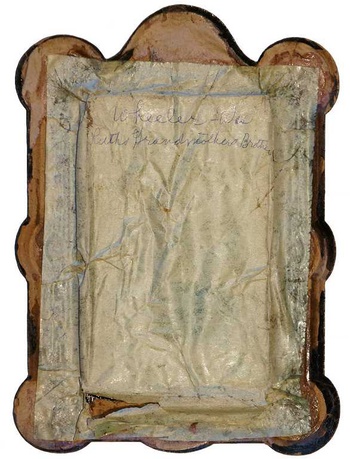 Presented here is a pair of CDV images of cute kids – probably shot in the mid-to-late 1870s. Normally I don’t acquire images like these, but I was intrigued by the fragile yet delicately molded, ornate pasteboard (or straw-board) frames.

A handwritten note on the tissue of the kids-in-the-chair image says; “Wheeler-Wis - Ruths Grandmothers Brother.” This leads me to believe the smaller of the two children on the chair is a boy. The city of “Antigo, Wis” is written on the other image. I am unsure if the baby picture is of the same children as shown in the chair, but their family resemblance and expressions are similar.

The albumen CDVs are adhered to thin tissues which are attached to the rear of the rich chocolate-brown colored frames. Over the years I’ve seen lots of thermoplastic union cases and frames but never have I encountered paper frames such as these. The third image was shot to convey each frame’s wonderful relief and detail.

In regards to the frames themselves, I found an 1875 patent for Improvements in Paper Picture-Frames noting: “... it consists in constructing the frame and back of one continuous piece of pasteboard or straw-board, papered or painted, or card board, which may be ornamented in any desired manner to suit the fancy, or to give the best effect to the picture or article placed within such frame.”

Regardless, the kids are pretty cute.