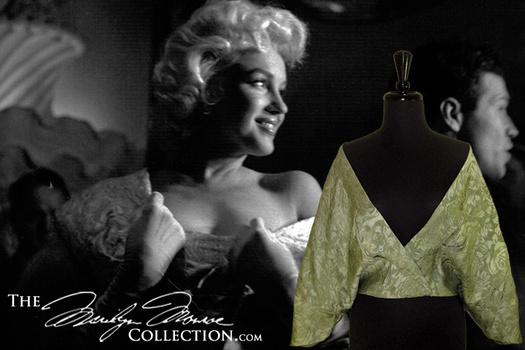 From the personal wardrobe of Marilyn Monroe: A pastel yellow, green and beige silk evening cape, fashioned in a brocade pattern depicting roses and leaves, the interior lined in champagne-colored silk.

An extraordinary item, this evening cape was worn during one of Marilyn's most glamorous public appearances: The world premiere of the James Dean film, "East of Eden" at the Astor Theatre in New York City on March 9, 1955. Unfortunately, the dress that accompanies the cape is now lost.