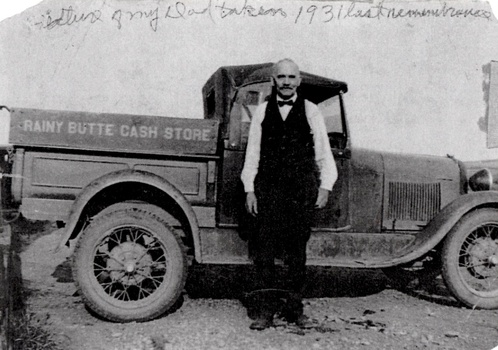 My great great grandfather posing with his company truck. He moved out to Southwestern North Dakota around 1904 to claim some of the last unclaimed land in the west. It was hard living, but he was successful enough to be able to open a store and was even postmaster for a time. This photo was taken in 1931. He was 67 years old. It would be the last photo taken of him as he died the following year.