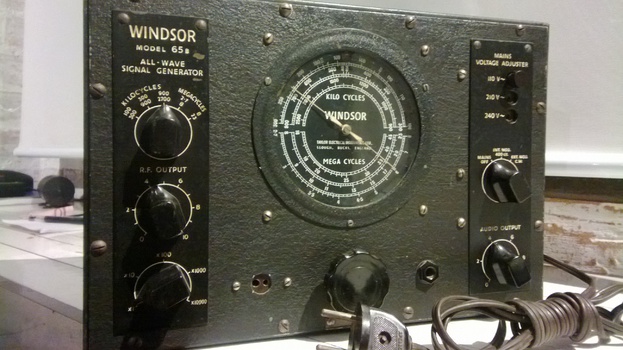 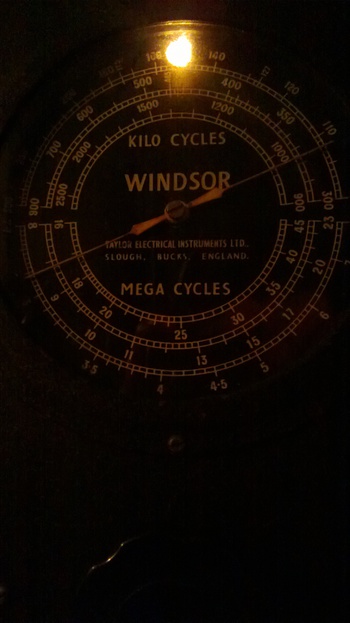 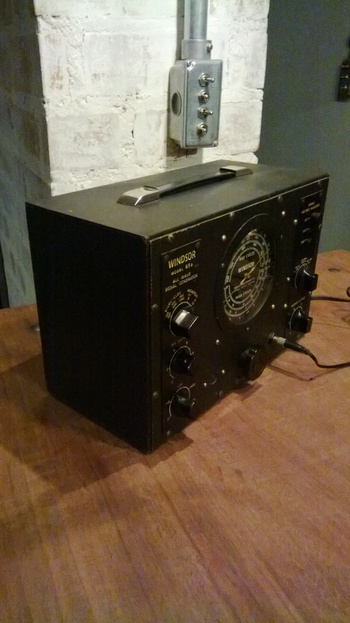 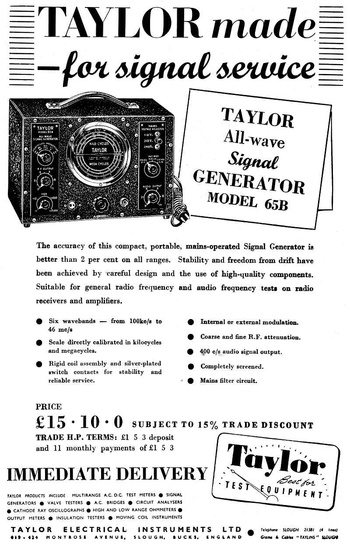 We, collectors and people who love vintage stuff, are used to buy things by impulse. Curious people are victims of their inclination to become obsessive about their new discoveries. Whatever our interest is, we want to know EVERYTHING about the subject and we want to OWN something related to it. Knowledge isn't enough. We need to have these objects near us.

Well, this is my excuse to own this 1948 Windsor 65B signal generator. It's not my fault I fell in love with Delia Derbyshire. And my lack of knowledge of vintage electronic equipment did the rest.

Delia Derbyshire was an "independent thinker" (as she used to say) and a musician/composer who worked at the (now I know) legendary BBC Radiophonic Workshop.

This BBC unit was responsible for creating the sound effects and musical scores used in radio and tv shows. In the early 1960s, the Workshop was experimenting with natural and electronic sounds recorded in tape. These sounds were manipulated by changing the tape speed or reversing it and were then re-recorded.

Then the tapes were cut in pieces, each one containing a single or few notes and these pieces were combined in different tape loops that formed a bass line, a rythm base, a melody. These tape loops were then played togheter to form a musical piece. Delia can show you how to do it:
https://www.youtube.com/watch?v=nXnmSgaeGAI

There were no computers as we know it, no multitrack recorders, no synthesizers. All they had were thousands of tiny pieces of magnetic tape put togheter and many, many, many time and patience to do it. And this was the begining of electronic music.

Delia was a musical genius and composer of hundreds of musical pieces. She is now getting recognized as the goddess of electronic music. Some of her works sound like techno! Listen:
http://www.youtube.com/watch?v=KRnhevgg_B8

She was also the "composer" of the original theme music of one of the most famous sci-fi series of all times: Dr. Who (the composer of Doctor Who's theme was actually Ron Grainer, but Delia realized the first version, and she chose the sounds, she made it what we all know now). Yes...made out of hundreds of hours of recording and thousands of pieces of magnetic tape, in 1963. Listen:
http://www.youtube.com/watch?v=75V4ClJZME4

Know more about the Radiophonic Workshop and the people who worked there (see Delia at work!):
http://www.youtube.com/watch?v=DFznOcOOSec

Now for the end of the story of my signal generator: I wanted to find a piece of equipment that allowed me to create sounds like these. I thought a signal generator could make sounds in different frequencies. No, it can't. It can only generate one sound, in a single frequency (400Hz) and input this signal to different radio frequencies, so you can calibrate a radio receiver for that frequency. What I needed was a frequency MODULATOR.

Oh, the things we do when we are in love...at least, it is a beautiful piece of equipment. And it reminds me of Delia.

PS: the ad image was downloaded from www.thevalvepage.com