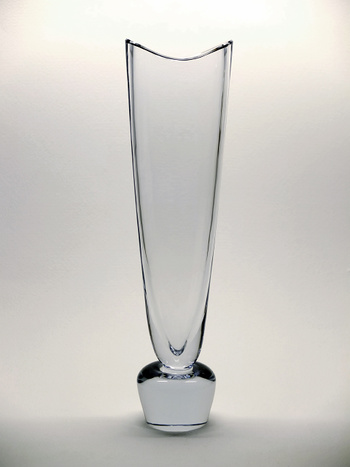 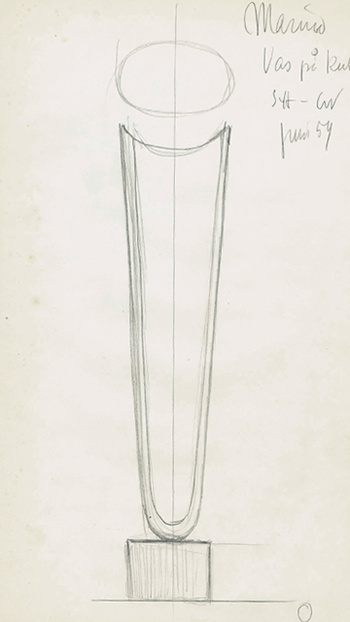 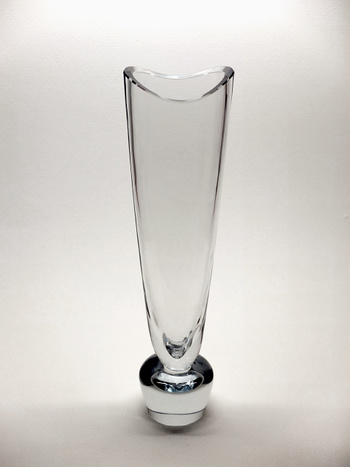 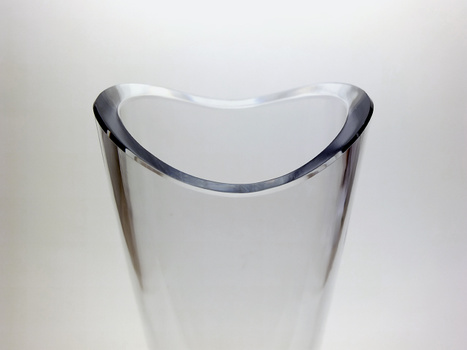 The vase does not appear in my catalog from 1954. Probably because the Marino series was not launched before 1955. Nylund's sketch from 1954 tell us it's a vase on cube, but here it's on a cylinder-like foot. I think it became cheaper to produce without cut cube in the bottom. Therefore, maybe director Erik Strömberg decided to change the design? The contract with Nylund allowed Strömbergshyttan to make such production-related changes. But thats what I believe, not undeniable facts.

The design is quite classic with some modern lines. The curved top and cube/cylinder base is a renewal of Nylund. Otherwise, there were similar slender vases on foot in different versions of the range since past. For example B362 and B396 by Gerda Strömberg, and further B446, B488, B501 and B507 by Asta Stromberg. So here it's Nylund who have been inspired by Gerda and Asta Stromberg and added his own details, not vice versa. And that may come as news to some?