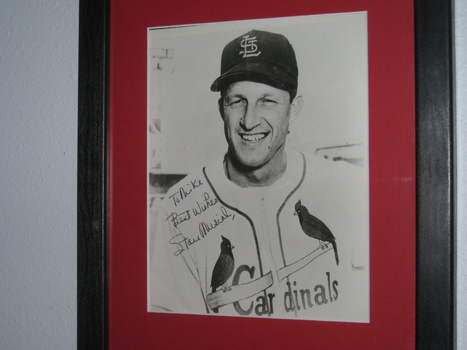 This is a very special picture. My father who is also named Mike got to meet Stan when he was 12 years old.. Lucky for me my name is also Mike. This was a gift my dad gave me when I won the battle over H.

Behind the picture is the actual letter that Stan took time to write out a full paragraph to my father in 1959. The front of the picture reads:
To Mike
"Best Wishes"
Stan Musial 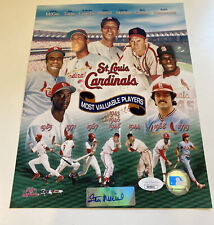