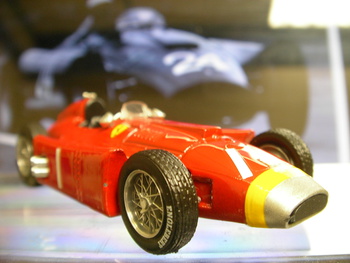 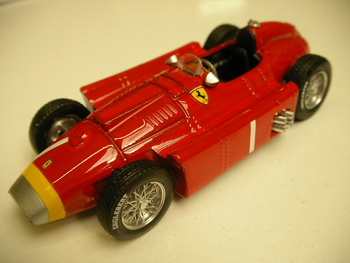 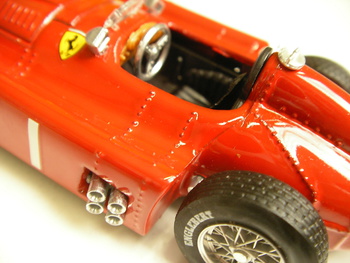 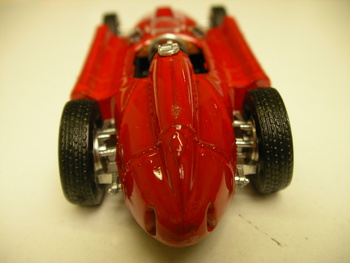 This is a 1:43 diecast model of the championship winning car for the 7th FIA Formula One World Championship season held in 1956 driven by the Argentinean racing driver, Juan Manuel Fangio.

The D50 was designed by Vittorio Jano for Lancia and made its debut at the end of the 1954 season. In 1955 Lancia withdrew from F1 and the cars were purchased and modified by Ferrari and raced as ‘Lancia-Ferraris’ thereafter.

The most distinctive feature of the D50 were its fuel tanks, mounted between the front and rear wheels, resulting an increase to the proportion of the car’s weight within its wheelbase, hence, improving the handling and reducing its total weight. It was also an aerodynamically effective solution, as the tall, thin tanks filled the turbulent space behind the front wheels.