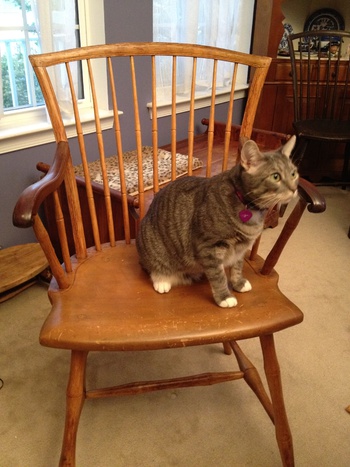 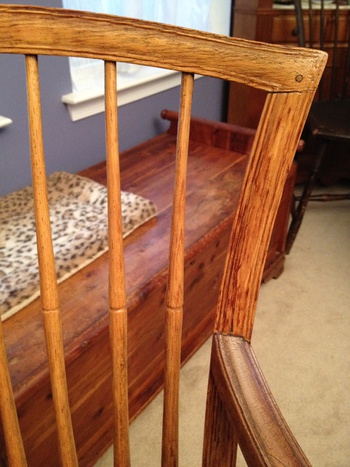 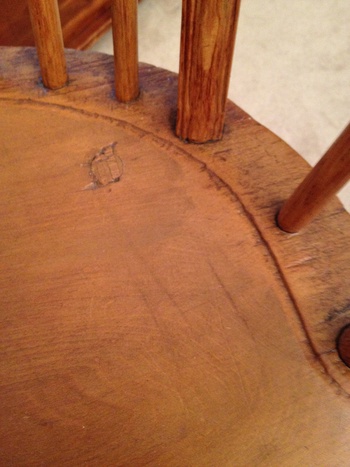 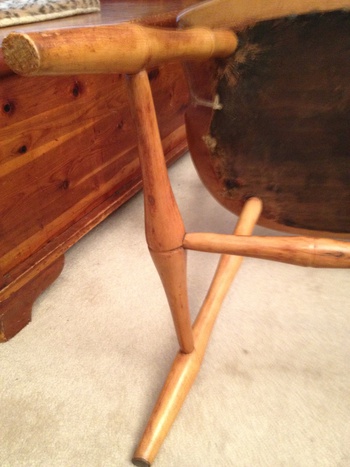 I recently inherited a group of chairs that have been in the family since at least the 19th century. Unfortunately 1 is lost so there's only five left - this armchair and four others without arms. Two are stained a dark black color, the other three must have been stripped at some point. Seats are all solid wood, from a single piece. with some small carved detail. There's no screws, but what appear to be pegs where the top rail connects to the spindles. The second photo shows a small peg at the top. The third shows where a leg joins the seat. I believe everything is glued.

I know they are 'from the house in Olean' but that doesn't mean a lot other than a reference to a summer home that's long gone. And unfortunately no one survives who can tell me more.

I can't really name the style. They aren't Windsor.

Anyone have clues as to what they are, how old they are, or where they might hail from?