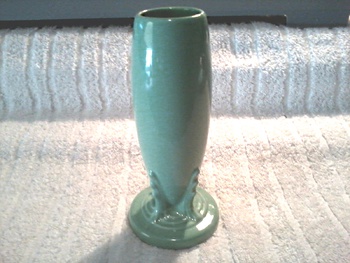 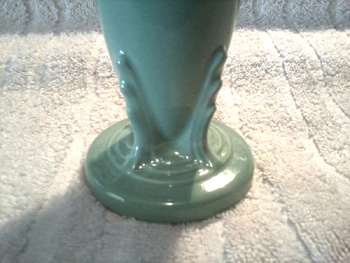 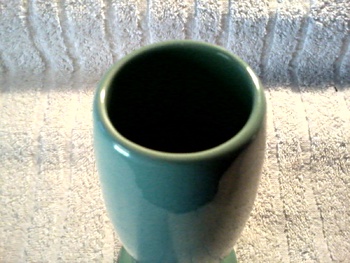 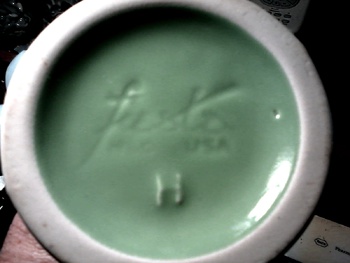 This was in the showcase a GW yesterday and on Facebook. It was still their today so I decided to buy it. It's a 6 3/8" little Fiesta Ware bud vase in mint condition. From what I found out they are still making these using the original molds, but in different colors other than the six original ones. Dating this one is a bit tricky but from the info I found this is an original color "Lt. Green" or "Original Green" which was used from 1936-51. In the 50's they added five more which ran through till 69'. The "H" along with "Fiesta" HLC USA are post -1986. So it could be from 1980's to 00's. It's very confusing ! -Mike-

FIESTA BUD VASE HISTORY: Courtesy of http://myfiestabay.webstractionshosting.com/
The bud vase was part of the first set of pieces introduced in 1936. It was discontinued in the mid 1940's, so they are only found in the original six colors. The bottom is marked "fiesta" and has a dry foot.
NOTE:
Still being made today in new colors and the original molds, so be careful because the post-86 vases will look almost identical to their vintage counterparts. Remember, number or letter stamps in the base of the pottery is a pre-1986 mark that was used as a quality control measure.