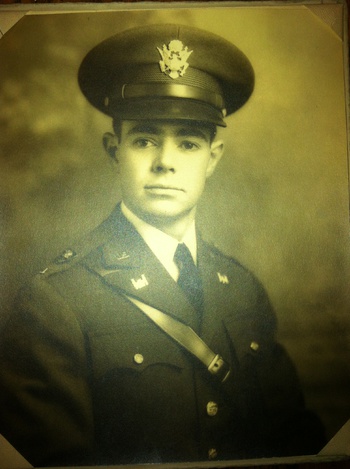 Acquired at auction, this is an early photograph of Alden K Sibley. This is not a reprint, but an original photograph. Sibley was a decorated Major-General who served as a military aide to Franklin Roosevelt. A 1933 graduate of the USMA, he held the position of Chief of Staff, Supreme Headquarters Allied Forces Europe, Mission to France. For his service in WWII, Sibley was awarded the Legion of Honor by the French and the Order of the British Empire by the United Kingdom. He would then go to Vietnam in 1960 as Deputy Chief, US Military Assistance Advisory Group. In 1961 Sibley was promoted to Major General and made Deputy Chief of Engineers of the US Army. He next held the positions of Commanding General of the US Army Mobility Command and then the XI US Army Corps. Before his retirement in 1968, Sibley was the Deputy Commanding General of the Fifth US Army. This photo of Sibley as a lieutenant in the Corps of Engineers would have been taken at the very start of what would become a brilliant and distinguished career. Major General Sibley passed away in 1999.