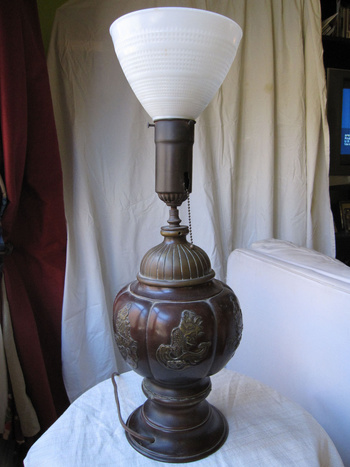 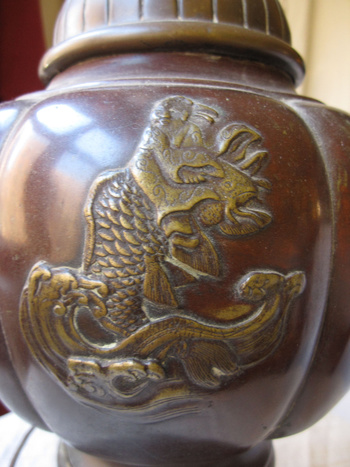 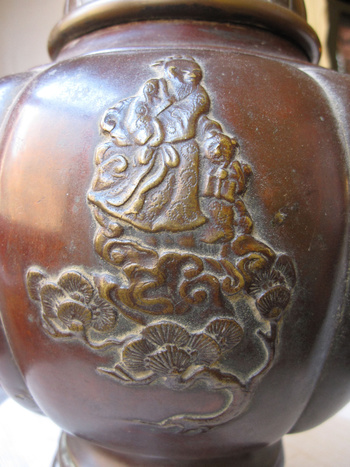 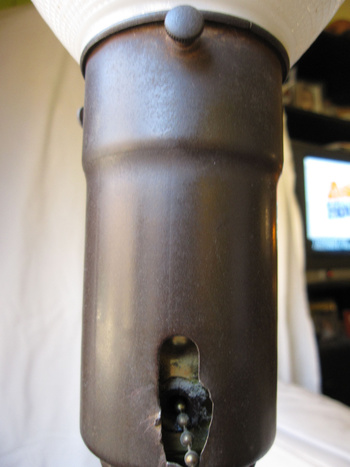 My boyfriend got this lamp in the 1950's when he and his father were clearing out a Manhattan brownstone. It was left behind when the owners left. It's original electrical cord was cloth covered and the plug had a convenient hole to slip you finger in and grip the plug. It was "updated" by careless relative in 1980's and the cord was removed but it's still pretty cool. (The jagged cut where the on/off switch was there when the lamp was found.)

An anyone provide info of it's possible origins? There are no visible markings on the lamp. Much obliged.