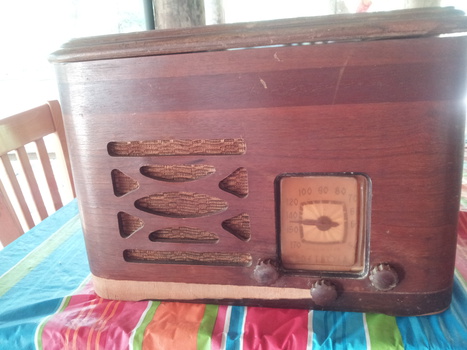 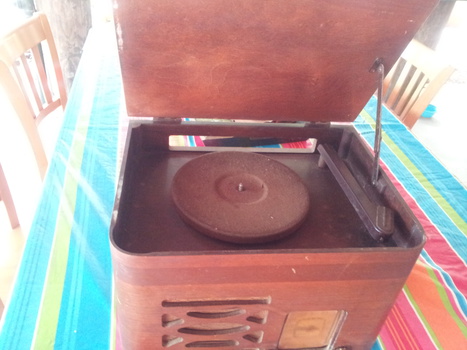 This radio sat on Nanny's kitchen counter as long as I can remember, which would be starting in the 1950's. She used to play "Shortening Bread" for us whenever we spent the night. After Nanny's death my sister took it home with her where it sat in her storage, lo these many years. Just last week, my sister gave it to me. Have no idea how old it really is.

The turntable turns, and the arm has a needle, but as we have no records, we can't tell if it really works.

The radio appears dead. The dial will not turn on its own, and there is no static coming through. Some tubes light up when the radio is turned on.

A label inside contains the following info: