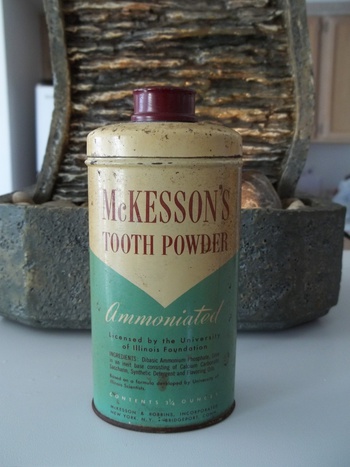 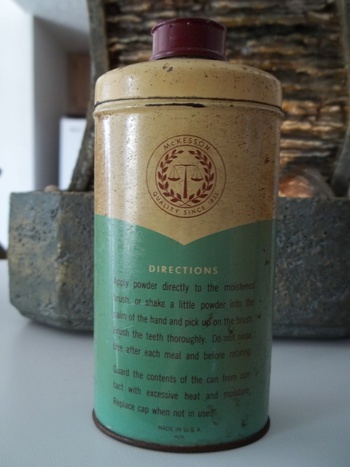 Picked this one at a estates sale, dont know the time period for it. I'm guessing 1950's or 60's.
The history of McKesson dates back to the beginnings of organized health care in the United States. Founded in 1833 by John McKesson and Charles Olcott in New York City, the company was focused on the importation and wholesaling of therapeutic drugs and chemicals from its inception.

Run out of a small shop in the city’s financial district, the business quickly began to thrive in an era when sailing ships were introducing America to a new world of global trade. McKesson and Olcott did a brisk business stocking the medicine chests aboard those ships, providing them with drugs imported from Europe and medicinal herbs, roots and spices acquired from Shaker colonies in Pennsylvania.

Soon the partners hired an assistant, Daniel Robbins, who within a few years would be made a partner himself. After Olcott’s death in 1853, the firm was renamed McKesson & Robbins. By then, the company was already distributing pharmaceutical products via covered wagons in 17 states and territories, from Vermont to California.

In 1855, the company became one of the first wholesale houses to manufacture drugs. McKesson & Robbins' fluid extracts, tinctures, pills and tablets soon became known all over the world, and the company won medals for its pioneering work.
The 20th Century: Expanding Horizons

In the early 1900s McKesson & Robbins made a critical strategic decision to persuade a number of well-established wholesaling firms to become its subsidiaries, forming a national drug wholesaling company. That move made McKesson & Robbins the leading distributor of pharmaceutical drug products in the United States. It also shifted the company's focus to distribution for various lines of businesses outside of health care.