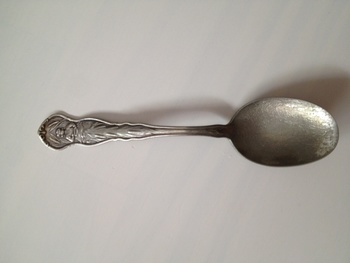 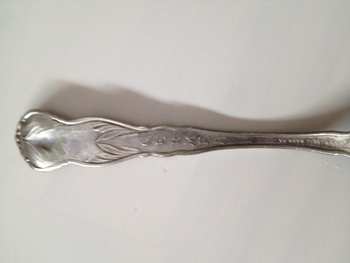 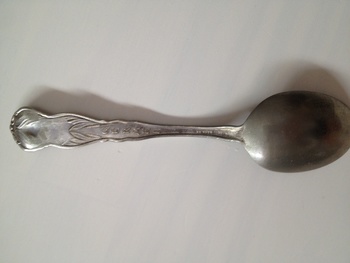 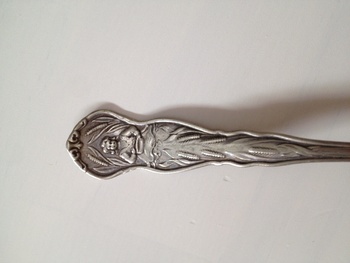 According to my mother, this spoon came with a box of cereal in Australia, year unknown. I ate my breakfast with it for many years until I realised that it may be valuable (even if only historically). A girl is depicted on the front, and the words "GERMEA" on the back. Length 16cm.

The hallmark is "ROGERS & SON AA".

I've found various advertisements for John T Cutting's "Germea Cereal", e.g. http://www.amazon.com/Germea-Breakfast-Cereal-Cutting-Desbrosses/dp/B00FM8HFQ2 (indicating the cereal's American origin) but never any reference to the spoon. I'd love to know more about it. 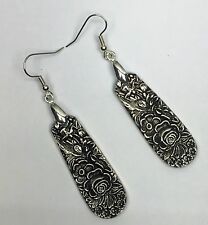 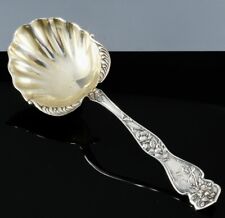 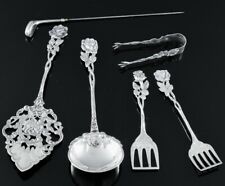 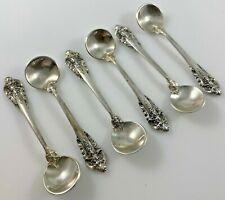