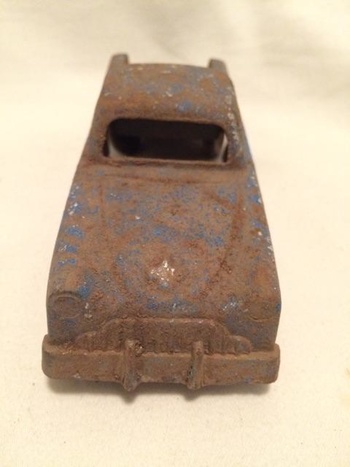 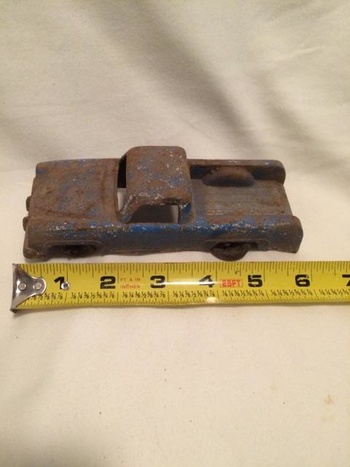 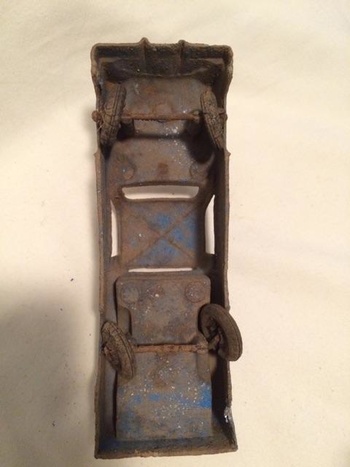 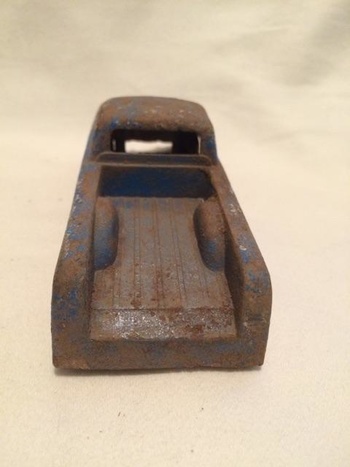 This item was dug up in a backyard. On the bottom there is a banner logo (which cannot be read) and underneath that reads "200 Fifth Ave NY,NY".
The wheels are rubber. Help me identify this truck. Thanks

The location points to The Toy Center.

"The Toy Center, also known as the International Toy Center, is a complex of buildings in the New York City borough of Manhattan that for many years was a hub for toy manufacturers and distributors in the United States. It consists of two buildings located between 23rd Street and 25th Street at Madison Square, where Fifth Avenue and Broadway cross. The American International Toy Fair, the industry's major annual trade show, is held annually in February at both the Toy Center and the Jacob Javits Convention Center on 34th Street." quoted from Wikipedia