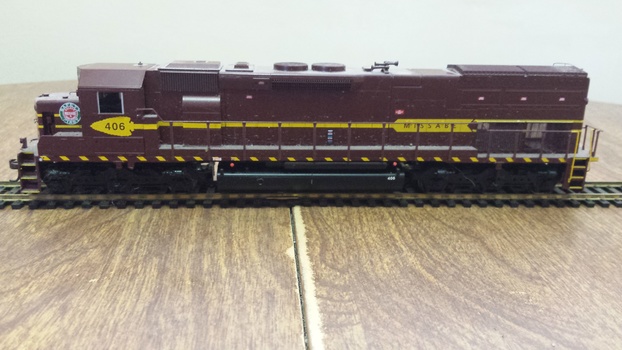 This is an Athearn Genesis SD45T-2. It's pretty detailed right out of the box so I didn't do anything to this one. DMIR 406 is actually classified as an SD40T-3 as it was rebuilt to SD40 specs at its Proctor MN shops. It was built as an SD45T-2 for the Southern Pacific in February 1972 as their #9171. It was rebuilt in the 80s as #9501 and then later renumbered 6768 and painted into the red and yellow Kodachrome scheme. It was acquired by DMIR in 1996 and still works for the Canadian National.