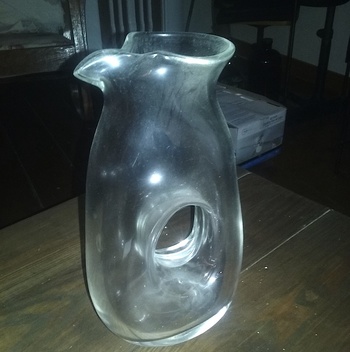 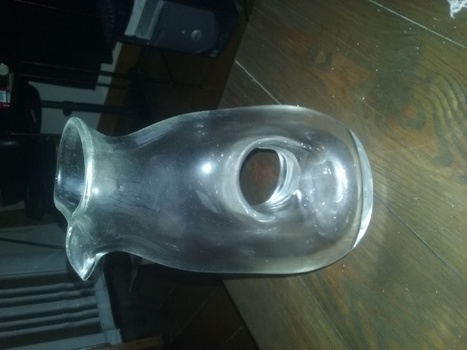 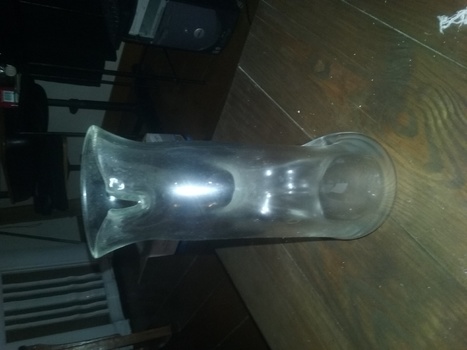 There's a funny story that goes with this. My Grandma&Grandpa were having an auction. They were moving out of the house I had always known them to live in. On one of the tables I see this pitcher. it had a hole for your hand to pour I thought it was a really neat pitcher.so I had to have it so I bought it. I take it over to my grandma and my uncle is laughing so hard tears are coming out of his eyes! Grandma says "do you know what that is?" I said "yeah it's a pitcher. it would be neat for ice tea" Grandma laughs and says "Mandi it's an old urinal. You might want to make sure you wash it good." OMG I thought my uncle was going to fall off of the bench he was laughing so hard! I laughed and told him "u think its funny,but I'm going to bring tea in this to Christmas dinner!" so whether it's an old glass urinal or a really neat pitcher I guess I can use it for my tea at my age now and well for something else later....lol 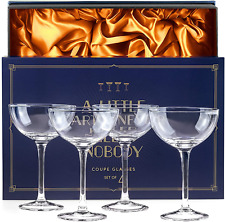 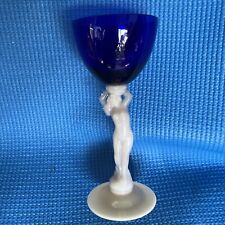