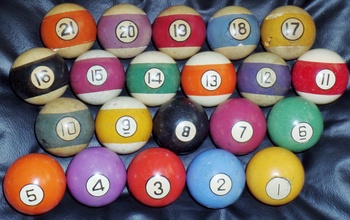 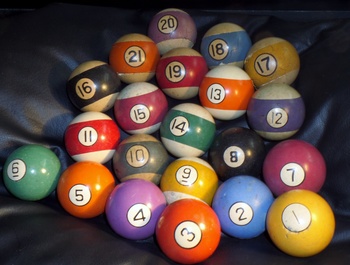 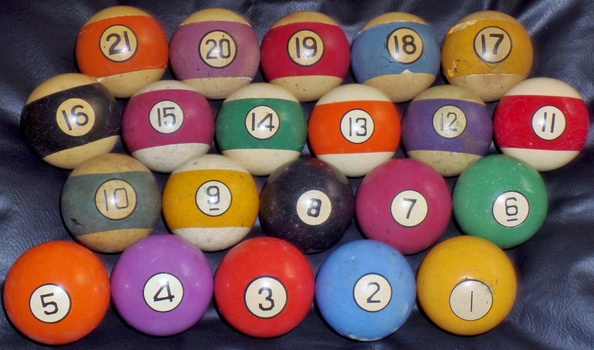 VERY RARE FULL SET of Baseball pocket billiards balls numbered #1-21.
I purchased these from another collector maybe eight years ago. I do not know much about them other than the information I found and listed below. I've not found any other set numbered to 21. and I finally took these pictures a couple of days ago.
Any information about these balls and the game will be greatly appreciated. Thank you for looking.

Information regarding the game I found and copied and pasted from https://en.wikipedia.org/wiki/Baseball_pocket_billiards.

Baseball pocket billiards or baseball pool (sometimes, in context, referred to simply as baseball) is a pocket billiards (pool) game suitable for multiple players that borrows phraseology and even some aspects of form from the game of baseball. For instance, although baseball pool is played on a standard pool table, the 9 ball is known as the "pitcher", the table's foot spot where balls are racked is known as "home plate", and each team or player is afforded "nine innings" to score as many "runs" as possible.
Baseball pocket billiards has been in existence since at least 1912, when Brunswick soberly described it in a pamphlet as "the most fascinating game of the twentieth century." The game has relatively simple rules. The winner is the player with the highest run tally after all players have taken nine turns "at bat".

The link above explains the game set-up, objective of the game, scoring and more. 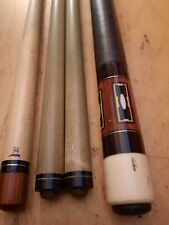 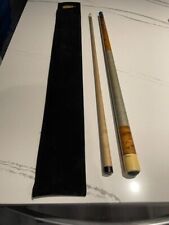 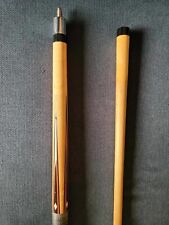