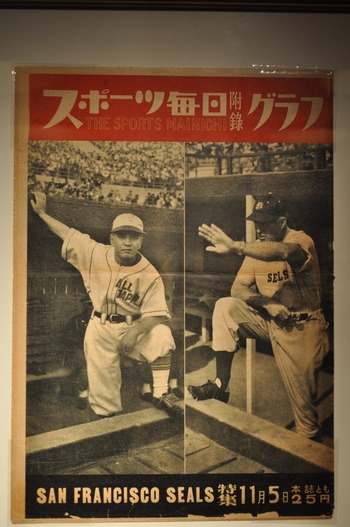 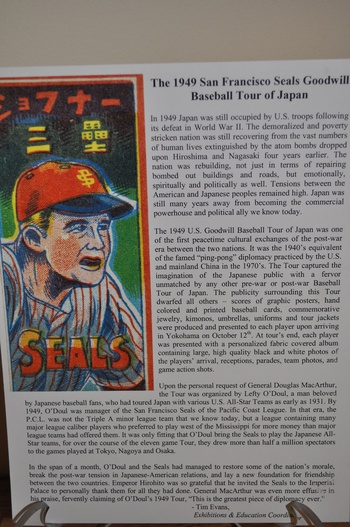 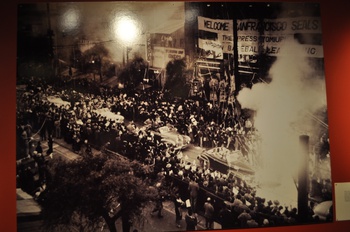 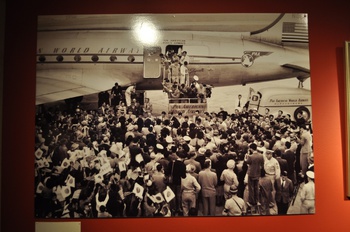 On the second floor of the Society of California Pioneers there is a temporary exhibit dedicated to the San Francisco Seals' goodwill trip to Japan in 1949. The San Francisco Seals, a team which played in the Pacific Coast League, traveled to Japan to take on the Tokyo Giants just four years after the culmination of World War II. Tension was still high between Japan and the United States, and General MacArthur had to approve the trip.

The reason it went so smoothly was because of the Seals' manager, Francis Joseph "Lefty" O'Doul. O'Doul, who had previously played for the New York Giants of Major League Baseball, had traveled to Japan with the likes of Babe Ruth and Jimmie Foxx in a 1934 baseball exchange and he became a cult hero. When Tokyo needed a name for its team, they looked to O'Doul's team's name: the Giants. Today O'Doul is still seen as a baseball ambassador in Japan. In fact he is one of three Americans in the Japanese Baseball Hall of Fame.

When the Seals played in San Francisco their stadium was at 16th and Bryant--today it is a huge Safeway grocery store! 1957 was the Seals last season, as the Giants moved to San Francisco and the Seals folded.

The first picture is from a Japanese newspaper and shows O'Doul on the right. The second is a write-up about the goodwill trip by the museum's curator--it is definitely worth a read. The third photo is of a parade for the Seals in Japan. The fourth is the team being greeted at Haneda Airport on October 12, 1949. It was credited to the Kyodo News Service.