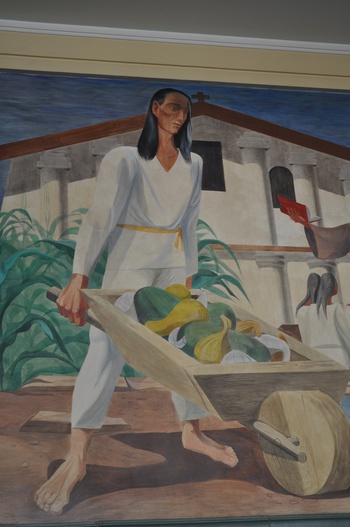 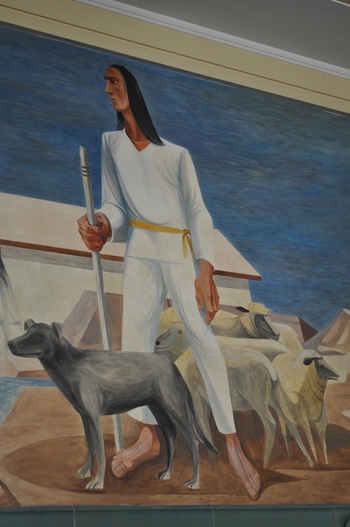 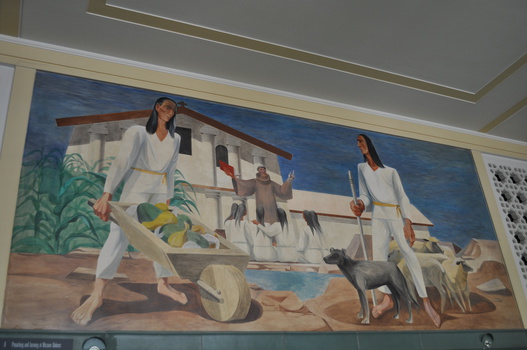 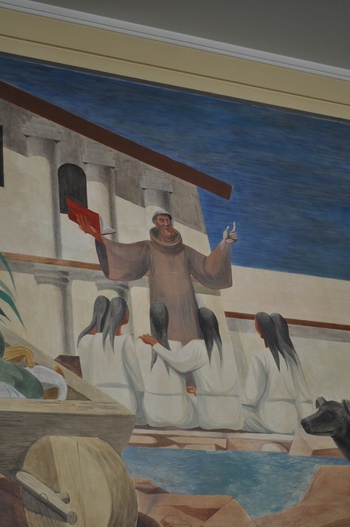 At the Rincon Center, a former post office annex in San Francisco that I visited today, there is a series of 27 murals by a Russian artist by the name of Anton Refreger. He completed the murals under commission from the U.S. Government's Works Progress Administration, a New Deal Program.

The murals walk through the history of California, and this is the sixth of the murals. It's description provided description is below.

6. Preaching and Farming at Mission Dolores: "The purpose of all California Missions was to Christianize the Indians. In addition to religion, the Indians learned farming, building, spinning, and other basic skills. All instruction was given in Spanish."

"The preaching monk in this panel was originally depicted as heavier, but some Catholics protested his corpulence and Refreger agreed to repaint the image."

It was a touchy job, being a muralists. You had to stay somewhat in the center so as not to offend anyone, since you were working on a government project.