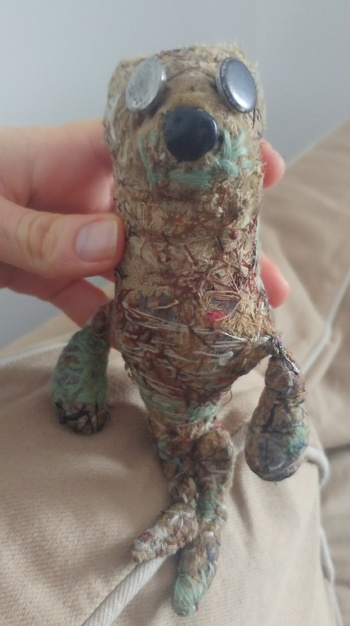 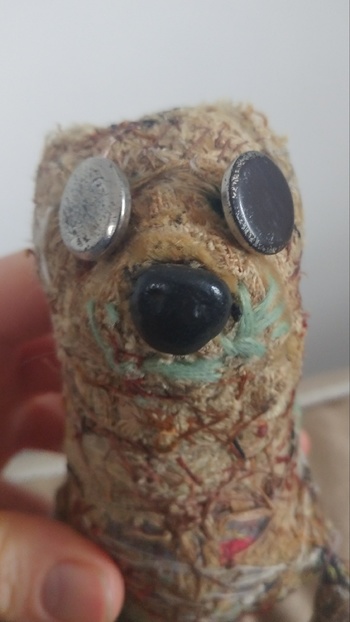 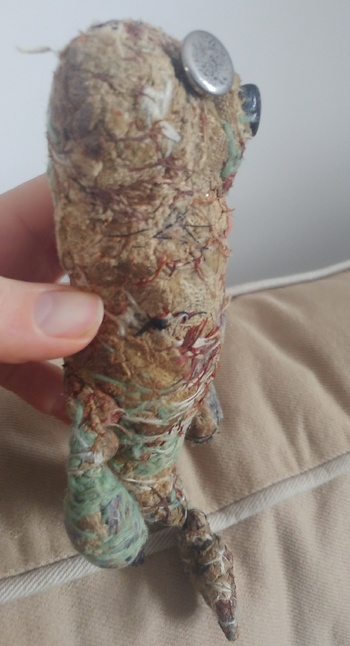 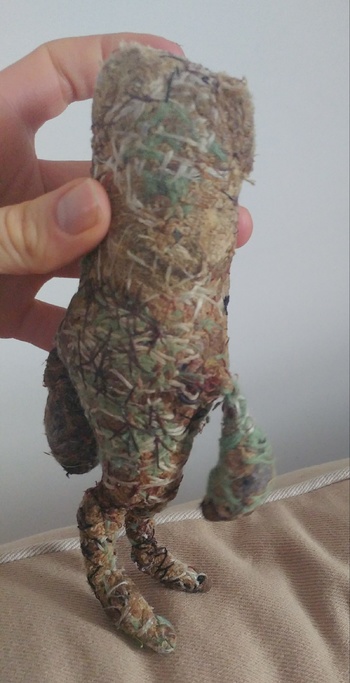 Can anyone help me identify what type of bear Ted is and his real age? I have always been told he was given to me when I was around 2 (poss 1981-1983) by a toy shop seller, but also that the woman said "what a beautiful baby" so it could have been when I was X months old (1980). Was it standard practice to give away bears to babies? Or was the woman trying to get rid of this one because he was just so mischievous? Or maybe Ted choose me somehow? Whatever the reason, it was meant to be. Now, being from a toy shop one would presume his birth date would be late 70s or v early 80s... However, he is wood shavings through and through with metal discs where his arm joints are. His eyes, I cannot remember 100% if they were originally the orange glass or plastic (I'm pretty sure they were, but the fact that mum replaced them with buttons without me rejecting him because he no longer looked the same suggests maybe he had somekind of button type eyes to start with? I honestly do not remember clearly enough). Ted did have light blonde coloured fur. No idea if this was mohair or synthetic. The plastic nose is original. I've yet to spot a completely identical nose anywhere. As you can see Ted is well loved and has been stitched more times than Evil Kenevil. He really is one of a kind. He may be too worn to be identified but he gives zero wood shavings about that. Ted knows he rules, so there! 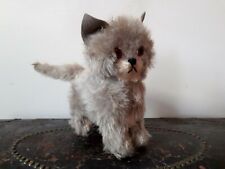 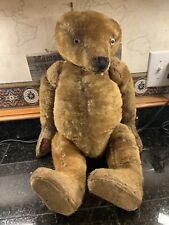 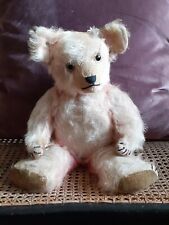 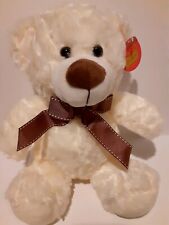