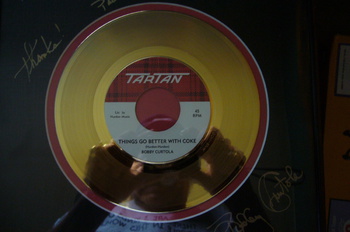 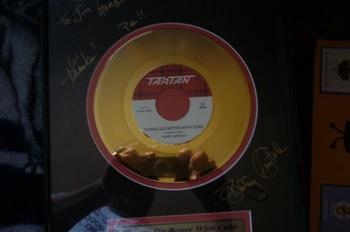 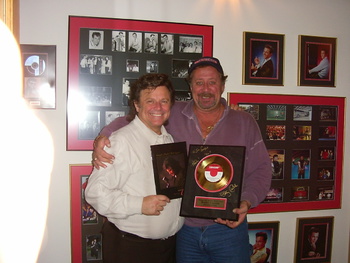 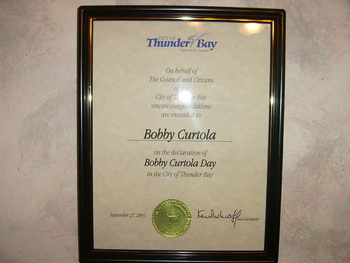 This item was gifted to me by Bobby Curtola back in November of 2003.

Back in the early 60's 2 local brothers who both managed and wrote songs for Bobby Curtoal came up with the song "Things Go Better With Coke", which became a huge nation wide hit and this is a GOLD record of that song/jingle recorded by Bobby Curtola.

Back in Setpember of 2003 I had done a great deal of lobbying our city to name a street after Bobby Curtola, they eventually agreed so I then put together the Bobby Curtola tribute weekend scheduled for September of 2003. It was a fabulous 4 days and so many local groups benefited from the various functions that I had set up in advance for Bobby to attend. A fantastic time was had by all.

A few months later Bobby invited myself to visit him in his hometown and I did spend 4 days with him as well. Upon my leaving to return home, he insisted that he gift me with his GOLD record and he also personally signed it as well.

To me it is a true COKE treasure.

I hope these pictures are now better viewable on this website.